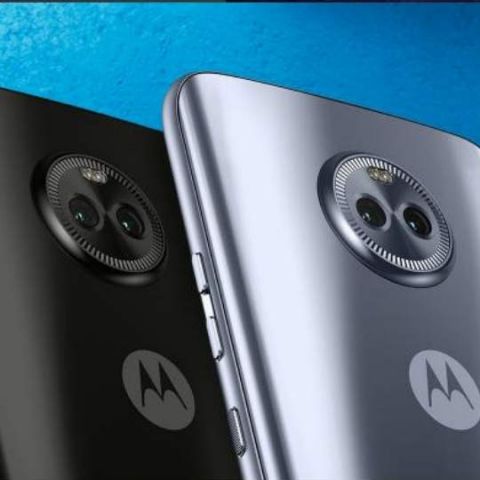 Last year, Moto reincarnated its X-series of phones with the Moto X4 (review). The phone was the first compact premium mid-range phone after ages and it even sported a premium all-glass design with the typical giant camera bump on the back. Now, as per industry sources, Moto will launch an upgraded Moto X4 in India, which will offer improved hardware and will run Android Oreo out of the box.

The refreshed Moto X4 is expected to sport 6GB of RAM and 64GB of storage. The phone is currently available in 3GB and 4GB variants.

No other information apart from that is available right now. There is no word on when the upgraded Moto X4 will be available or whether there will be an increase in price. However, we can speculate that the phone could upgrade the chipset to a newer mid-range Qualcomm Snapdragon processor apart from boosting the RAM and improve the camera specs.

The Moto X4 launched late last year is powered by a Snapdragon 630 chipset coupled with 4GB of RAM. Considering its premium mid-range stature, the second-generation Moto X4 could be powered by the Qualcomm Snapdragon 636 which is the successor to the Snapdragon 630. The upcoming Xiaomi Redmi Note 5 is also rumoured to sport the same chipset. The chipset features the same custom Kryo cores found in Qualcomm's flagship chipsets which improves performance by 40 percent over its predecessor, according to Qualcomm. The upgraded processor also features a 5G-ready modem and brings support for taller, bezel-less displays with FHD+ resolution.

This leads us to speculate that the upcoming Moto X4 could also feature a taller, bezel-less 18:9 display which makes sense if the company wants to increase the screen size and still retain its compact nature.

More importantly, the Moto X4 could also feature an upgraded camera. Last year’s Moto X4 used a 12-megapixel f/2.0 telephoto sensor and an 8-megapixel f/2.2 wide angle lens combo to bring fisheye-like wide photos to the mid-range category. The second-generation Moto X4 could either improve upon the wide angle photography or it can switch it with a monochrome sensor to improve the low-light performance.

Finally, the refreshed Moto X4 will surely run Android 8.0 Oreo out of the box. The phone falls under the Android One Programme in the United States which means the company takes special care to push out timely updates to the device. As a result, it won’t be surprising to see the phone running the latest Android version, which will introduce features like picture-in-picture, better notification management and faster updates.

There is no word about the price and the availability of the device. But hopefully, Moto shouldn’t take long to bring out the successor to last year’s best mid-range compact phone in India. Note, that Lenovo did the same with the Moto G5 last year. The company launched the upgraded Moto G5 Plus with dual cameras.

Updated with more information about increased RAM and storage.

With inputs from Soham Raninga.