EXCLUSIVE: Huawei Mate 8 won’t come to India, but Mate 9 will

The next generation phablet is also expected to house a dual-camera setup. 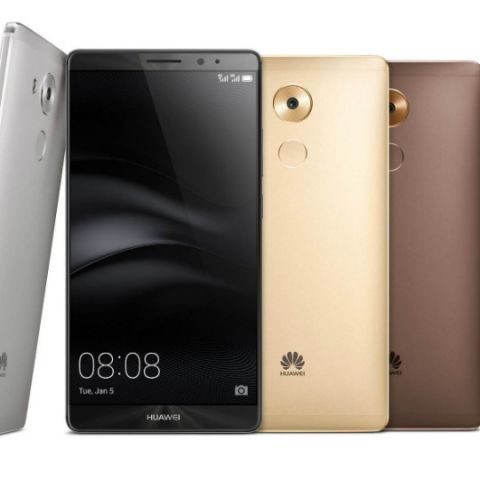 The Huawei Mate 8 will not be coming to India. A source from Huawei confirms that the company’s big screen phablet isn’t headed to India. However, our source confirmed that the Huawei Mate 9, which will follow the Mate 8, is definitely going to enter India. In addition, the company is preparing to launch the Honor 8 smartphone right now.

The Huawei Mate 8 was launched late last year, pairing a 6-inch Full HD display with the in-house HiSilicon Kirin 950 SoC and a choice of 3GB or 4GB of RAM. It boasts of a 16-megapixel shooter that can also record videos at 1080p, and the entire device runs on Android Marshmallow v6.0. Of late, rumours surrounding the Huawei Mate 9 have been spotted. The Mate 9 is expected to house dual-rear cameras (possibly similar to the Huawei P9), along with USB-C port. It is expected to be released with Kirin 960 SoC, along with 4GB and 6GB RAM variants. The screen size is expected to remain similar, although reports have hinted at a slightly smaller, 5.9-inch display, thereby raising the possibility of the Mate 9 being a more ergonomic phablet than the Mate 8.

When launched, the Huawei Mate 9 will be among the likes of Xiaomi Mi Max and Lenovo Phab2 Pro - big screen devices aimed at consumers looking for large display mobile devices. Huawei also seems to be focussing on dual-cameras, with the Huawei P9 being launched today boasting a Leica-certified, dual-lens camera system. It comes with dual-12MP cameras on the back. Huawei has partnered with Leica for the camera. The legendary camera maker supplies its Summarit lenses for the phone, while the camera has also been certified by them.