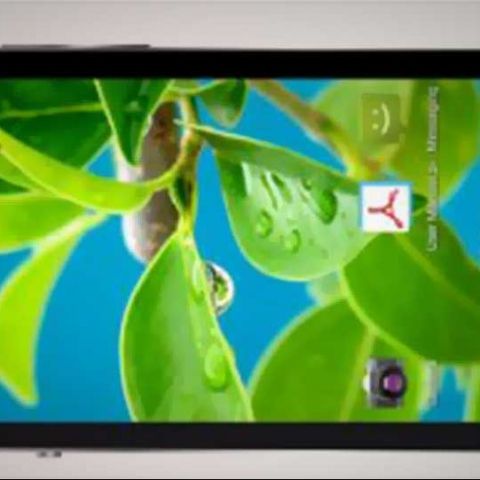 DataWind has forayed into the Indian smartphone market with the launch of PocketSurfer5, a new range of low-cost smartphones. All the three DataWind smartphones support dual-SIM, and are priced between Rs. 3,499 and Rs. 6,499.

The PocketSurfer 5x runs Linux OS and is powered by a Cortex A8 1GHz (cores unspecified) processor. It has a 5-inch TFT display and front VGA camera. For connectivity, the smartphone supports EDGE, Bluetooth and microUSB.

The second smartphone is the PocketSurfer 5, which runs Android 4.0 Ice Cream Sandwich OS, and is powered by a Cortex A9 1GHz (cores unspecified) processor. The smartphone also has a 5-inch TFT display. It has 2MP rear camera, VGA front camera and supports microSD. In terms of connectivity, the smartphone supports EDGE, Bluetooth, and microUSB. It is priced at Rs. 4,999.

The Pocketsurfer 3G5 runs Android 4.2 OS and is powered by a Cortex A7 1.2GHz dual-core processor. It has 5-inch TFT display, 5MP rear camera and front VGA camera. In terms of connectivity, the smartphone supports 3G, EDGE, Bluetooth, and microUSB. It is priced at Rs. 6,499.

“On the 10th Anniversary of DataWind’sPocketSurfer - the fastest internet device operating through a GSM SIM beating all other internet devises at that time in speed, we’re very excited to introduce these amazing new devices at unbelievably low prices. Intended to again create benchmarks in the smart phone category, DataWind’s new products break the affordability barriers of smartphones and bandwidth constraints of cellular networks to deliver calling facility and internet access to anybody who can afford a simple mobile phone. Currently simple phones in the market cost as much as the smart phone on offer by DataWind,” says Suneet Singh Tuli, CEO of DataWind.

You can find out more about PocketSurfer range at www.pocketsurfer.com.

According to Cyber Media Research’s India Quarterly Tablet Market report for Q2 2013, DataWind was the second top brand in the tablet market with a share of 12.3 percent. In the Quarter 1 2013 report, DataWind was rated as the top tablet vendor.

Will DataWind be able to repeat its success in the smartphones category – which is already flooded with a range of low-cost smartphones? Let us know your views in the comments section . Also check out below the specifications of the new DataWind smartphones