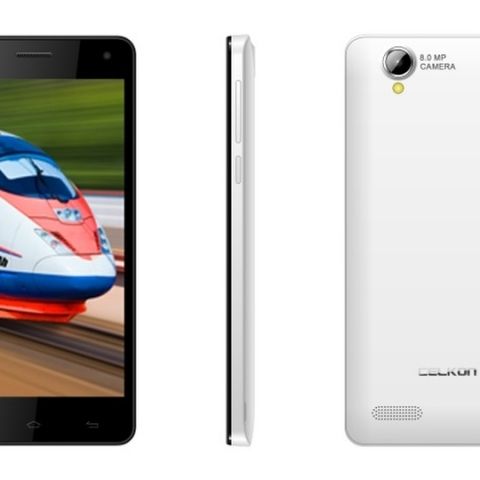 The Celkon Millennium Q3000 is a dual-SIM smartphone. It runs Android 4.4 KitKat and is powered by a 1.3GHz quad-core MediaTek (MT6582M) processor clubbed with 1GB of RAM. The smartphone has a 5-inch display. It sports an 8MP camera and 1.3MP front camera.

The Celkon Millennium  Elite Q470 has a 4.7-inch HD IPS display. It is powered by a 1.3GHz quad core processor along with 1GB of RAM. The smartphone sports an 8MP rear camera with auto focus and flash light and 2MP front camera. Other features of the smartphone include 3G/Video calling with HD Video Recording and Playback.
GPS, Wi-Fi, Bluetooth 4.0 A2D , 32GB expandable memory. It has Sensors – (Gravity, Light and Proximity). The smartphone is powered by an 1800 mAh battery.

Launch of the two KitKat smartphones comes shortly after Celkon announced tie up with Google to launch low-cost Android One-based smartphones in India. According to ET Telecom, the company will launch the smartphones around Diwali this year.

"With Android One, we are planning to introduce devices that are 20-30% cheaper than earlier products," Celkon executive director Murali Retineni is quoted as saying.

Mumbai, 15 July, 2014: Celkon Mobiles, one of the leaders in mobile and wireless solutions; today launched their latest Millennium series smartphones Millennium Power Q3000 and Millennium Elite Q470. The phones were launched by the IT Minister, Govt. of Telangana Mr. K.T Rama Rao at Taj Deccan, Hyderabad.

Commenting on the launch Mr. Y Guru, Chairman and Managing Director, Celkon Mobiles said, “We believe in constantly challenging ourselves to offer innovative and exciting products to our customers.  Currently India is facing a need-gap of slim smartphones with a long battery backup.  Customers are facing a challenge to find smartphones with long battery backup. Our Millennium Power Q3000 is the perfect solution with powerful 3000mAh battery backup with 9.9 mm slim exterior powered with 1GB Ram and 4GB ROM.  This extremely powerful phone is designed to run for 2 days even with usage of applications which currently no other phone offers and priced  very affordable at 8999/-.

Other features of the phone include

On a similar platform we are delighted to launch Millennium Elite Q470, yet another Kit Kat smartphone. This phone has a 16 GB ROM with 1 GB RAM  powered by a 1.3GHz Quad Core processor.

Our products have always been a mark of quality and affordability and the Millennium series is yet another feather in the cap. Both the phones will be available in retail stores in the open Market as well as online exclusively through SnapDeal.com”

Mr. Murali Retineni, Executive Director - Celkon Mobiles said, “At Celkon we design our products that are ahead of the curve in terms of features and technology. We offer the utmost quality and the latest technology in the market to make it accessible for all. We believe that innovation is the key to design custom offerings for each and every customer. With our new and powerful Millennium series we will ensure the best in design, features and quality reaches our customers at an affordable price. We will continue to launch exciting new and innovative product ranges in the coming months from “Millennium Series.”

Speaking on the occasion Mr. Rishabh Arora, Vice President Electronics, Snapdeal.com, expressed his happiness on partnering with Celkon Mobiles for online sales. He also confirmed that Millennium Power Q3000 to be available from 16th July and Millennium Elite Q470 from 21st July.