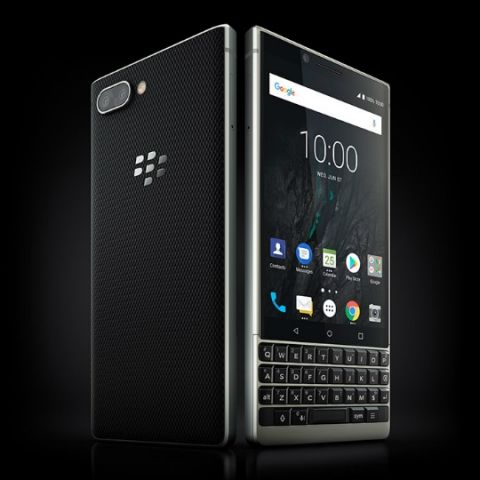 BlackBerry is back with its latest Key2 smartphone, which has been announced by TCL in an event in New York. The BlackBerry Key 2 is the successor to the company’s KeyOne smartphone (review) and it remains almost the same in terms of design. Same as the KeyOne, the Key 2 also features a blockish design with a physical QWERTY keyboard but the highlight of the new device is the dual cameras on the rear, as compared to a single one on the KeyOne. The Key2 will be shipped globally sometime later this month, says TCL, and it has been priced at $649 (Rs 43,600 approx) in the US. The price and exact launch date of the BlackBerry Key2 in India are not known yet.

The BlackBerry Key 2 now features a textured back, which is said to make it easier to grip. It’s more durable as it is constructed from a block of series 7 aluminium, says the company. The smartphone features a 4.5-inch 1080×1620 display with a display aspect ratio of 3:2 and the QWERTY keyboard comes with an integrated fingerprint scanner, along with a new feature called Speed Key, which is a customisable shortcut key for accessing contacts and apps. Similar to the earlier BlackBerry-styled keypad, the new keyboard also responds to touch gestures like swiping to go back a screen and more.

The Key2 is runs on the Snapdragon 660 platform, which means that it’s a mid-range performer and not a flagship. It comes with an ample 6GB RAM and options of either 64 or 128GB of internal storage with microSD card support. The handset is backed by a 3500mAh battery and supports Qualcomm’s QuickCharge 3.0 technology as well. It runs on Android 8.1 Oreo out-of-the-box and comes with the DTEK security app and the company says that it will push monthly security updates for the Key2. The smartphone is also promised to receive the Android P upgrade.