BlackBerry Classic expected to launch in India on Jan 15 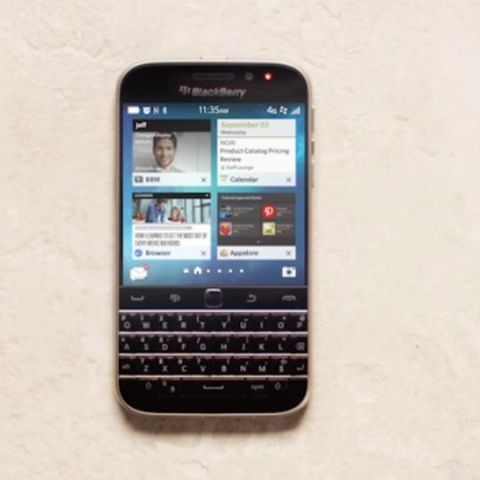 BlackBerry hopes to revive its fortunes with its latest smartphone Classic, which brings back BlackBerry's iconic QWERTY keyboard and physical navigational keys.

BlackBerry is likely to launch its latest smartphone – BlackBerry Classic – in India on January 15. The company has already sent out invitations to the media for a January 15 event, teasing “the unveiling of the new BlackBerry 10”.

It sports an 8MP rear facing camera and 2MP front facing camera. It has 16GB of device storage (expandable by up to another 128GB via Micro SD card).

BlackBerry's latest smartphone is available in the US for $449 which is roughly Rs. 28,392.51 .  There's no word on the India pricing of the smartphone yet. We hope BlackBerry to price the smartphone competitively in order to give a tougher competition in the budget or perhaps mid-range smartphone segment.