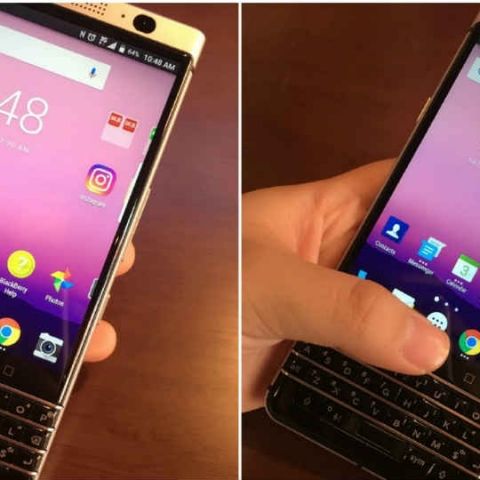 In the world of technology, 2017 could end up being the year of redemption. The now defunct Nokia is planning a grand comeback in February and BlackBerry, the Canadian smartphone maker has similar ambitions with things taking shape as early as January 2017.

BlackBerry which recently sold its brand licensing deal to TCL, is aiming to take on the household names in the smartphone market early next year. TCL, the Chinese manufacturer is planning to announce new BlackBerry-branded smartphones at CES 2017. TCL has announced its plan to "unveil an evolutionary first in the mobile industry" at CES and it could very well come with BlackBerry branding.

There are no concrete details on what TCL plans to announce but a purported BlackBerry device codenamed Mercury has been making the internet rounds for all the right reasons.

TCL is already giving away hints that more BlackBerry devices coming out of TCL will feature QWERTY keyboard and it is unclear whether TCL is trying to take BlackBerry back to its roots. With virtual keyboards having turned really great for typing, it is questionable how TCL will sell the option of QWERTY keyboard.