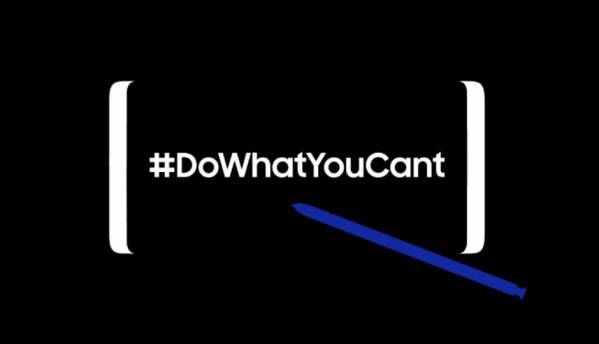 The video was also accompanied by a tagline “a powerful device to do bigger things.” The Galaxy Note 8 has been a magnet for leaks and rumours for a while now. As many have predicted, the phablet is expected to sport large a 6.3-inch Super AMOLED display with a taller 18.5:9 aspect ratio, and the new teaser sort of validates the buzz around the size of the device.

Further, the Galaxy Note 8 is expected to be powered by the same system on chip as the Galaxy S8 and S8 Plus. Depending on the region, Samsung may use the Qualcomm Snapdragon 835 or its own Exynos 8895 chipset. It is also believed that the Note 8 will feature a dual camera setup at the back; 12MP + 13MP. The 12MP camera may use a wide-angle lens supporting dual photodiode (2PD), while the 13MP camera might be fitted with a telephoto lens. The Galaxy Note 8 appeared in a listing on GeekBench recently and the listing points to the use of Samsung's Exynos 8895 chipset. Alongside SoC specs, the GeekBench listing shows that the smartphone/phablet will house 6GB of RAM, a first for any Samsung device.

More such leaks and rumours will surface as we head closer to August 23. Until then, watch the official teaser video of the Galaxy Note 8 below.