ASUS Zenfone Zoom to launch in India this month

The ASUS Zenfone Zoom will house a 13MP rear camera with 3X zoom, Laser auto focus, OIS and will be powered by an Intel Atom chipset. 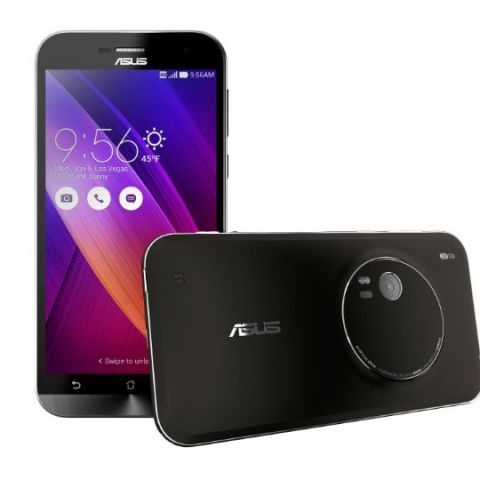 ASUS is all set to launch the Zenfone Zoom in India later this month. As the name suggests, the device will be for those looking to pick up a smartphone with a good camera. Coming to the specifications of the their Zenfone Zoom, it houses a 13MP rear camera with laser autofocus and 3X optical zoom. The device will also have a 10-element lens with OIS. The device also features Asus’ Pixelmaster technology which the company claims will help capture better images in low light conditions.

The ASUS Zenfone Zoom is expected to launch in two variants. One with an Intel Atom Quad Core Z3580 processor clocked at 2.3GHz and the other with the Intel Atom Quad-Core Z3590. The smartphone will have 4GB RAM. There is no information about which variant will hit Indian shores. Coming to the connectivity options, the device will sport Wi-Fi 802.11a/b/g/n/ac, Bluetooth 4.0, NFC, 4G LTE and microUSB. The Zenfone Zoom will run on Android 5.1 Lollipop skinned with the ZenUI. The Zenfone Zoom will have a 5.5-inch 1080p display with Gorilla Glass 4. It is expected to have 64GB and 128GB built-in storage variants expandable up to an additional 128GB via a microSD card. A 3000mAh battery powers the entire package. The device weighs 185 grams. In the US the smartphone is priced at $399 (Rs. 27,000 approx. Directly converted). There is non information available about the exact India launch date orprice.