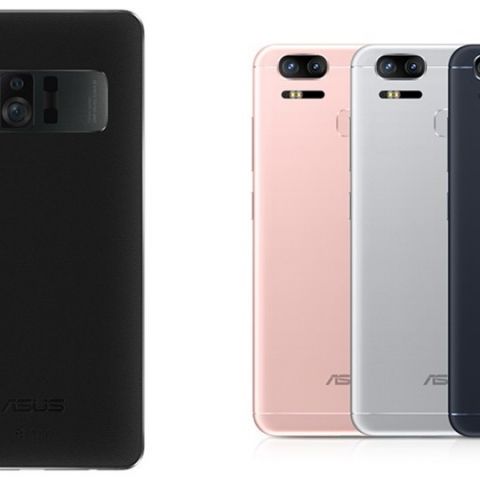 Asus has announced two new additions to its Zenfone series at the ongoing CES 2017. Asus ZenFone AR and Zenfone 3 Zoom join the epic series of Zenfone devices. While Zenfone smartphones in the past have been traditional candy bar devices, the new Zenfones bring something exciting to the table.

The most interesting of the two is the ZenFone AR, which Qualcomm accidently leaked. Asus ZenFone AR is the second smartphone to feature Google's Tango augmented reality platform. The Lenovo Phab 2 Pro, the first ever Google Tango phone didn't really do well because of its slow processing and hardware limitations.

Asus' ZenFone AR looks similar to the Zenfone 3 series with a 5.7-inch Quad HD display up front. The smartphone is the first to offer 8GB RAM, but it also has a 6GB RAM variant. Asus ZenFone AR starts with 32GB storage and goes all the way up to 256GB. The memory can be further expanded up to 2TB using a microSD card.

The Asus ZenFone AR runs ZenUI 3.0 based on Android 7.0 Nougat. It also features three rear cameras meant for motion tracking, depth sensing and normal photography. With the help of this TriCam system, ZenFone AR understands its surroundings and allows users to augment objects in the real world. Asus ZenFone AR is not just AR ready but it is also compatible with Google's Daydream VR platform, offering virtual reality content viewing.

Asus also announced an update to the original ZenFone Zoom with the launch of the ZenFone 3 Zoom. The smartphone features a 5.5-inch Full HD display with Snapdragon 625 powering the device. Asus has also packed a whopping 5000mAh battery into this all-metal design and it definitely looks better than its predecessor. Asus ZenFone 3 Zoom opts for a dual rear camera setup with two 12MP image sensors, which work like the ones found on the iPhone 7 Plus.

One 12MP sensor is meant to capture wide-angle shots and features f/1.7 aperture for better low-light photography. The other 12MP sensor is a telephoto lens with a fixed 2.3x optical zoom as opposed to the 3X optical zoom found on the original Zenfone Zoom. Asus claims the cameras have autofocus time of 0.03 seconds and offer OIS and EIS for stabilised 4K video recording.

Asus ZenFone AR is expected to be available sometime in the second half of 2017, while the Zenfone 3 Zoom is likely to be made available at Mobile World Congress (MWC) in February.