The Asus ZenFone AR is the world's first smartphone to support both Google's Project Tango and Daydream VR platforms. The handset is powered by a Snapdragon 821 platform, coupled with 8GB RAM. The smartphone will be launched in India around 2PM today. 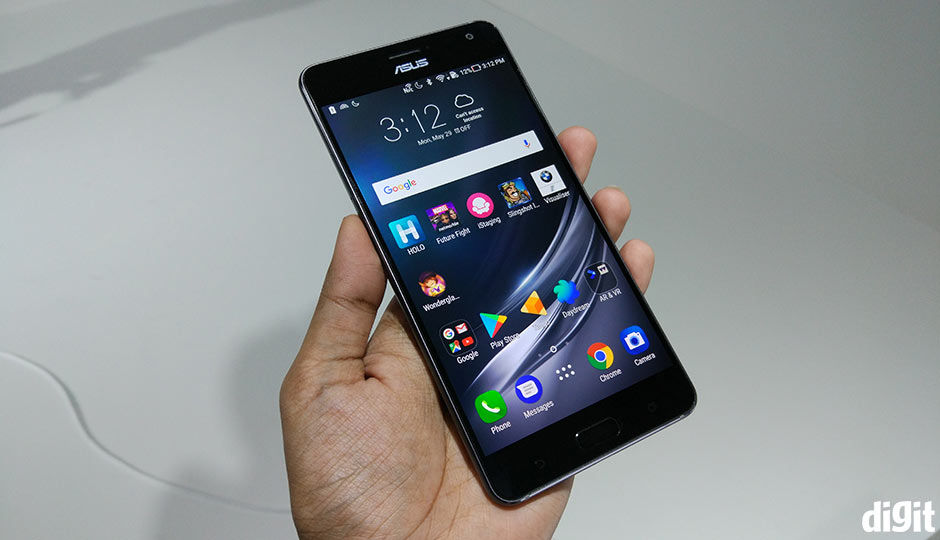 Asus Zenfone AR, the world's first smartphone to support both Google's Project Tango AR and Daydream VR platform, will be announced in India today. Asus is hosting an event in New Delhi at 2PM, where it will reveal India specific details of the smartphone. The Asus ZenFone AR was first announced at CES 2017 in January, but went on sale only after Computex at the end of May. Those interested in watching the Zenfone AR launch event can tune into the livestream on YouTube by clicking here.

In terms of specifications, the ZenFone AR sports a 5.7-inch Quad HD display with a resolution of 2560 x 1440 pixels, translating to a pixel density of 515 pixels per inch. The handset is powered by last year's Qualcomm Snapdragon 821 platform, but gets 8GB RAM to handle the augmented reality functions enabled by Tango. There is also a variant with 6GB RAM, but Asus is not likely to announce that model here. The Asus ZenFone AR starts with 32GB storage, but there is also a 128GB and 256GB storage variants. It also supports expandable storage up to 2TB via a microSD card slot. The Asus ZenFone AR runs ZenUI 3.0 based on Android 7.0 Nougat.

The highlight, however, is the new TriCam system based on Google's Project Tango. The handset feature three rear cameras capable of motion tracking, depth sensing and normal photography. With the help of this TriCam system, the Asus ZenFone AR can understand its surroundings and allow users to augment objects in the real world. For regular photography, it sports a 23MP optically stabilised rear camera with f/2.0 aperture and an 8MP front camera.

The Asus ZenFone AR also supports Google's Daydream VR platform, which is baked into Android Nougat and offers a suite of virtual reality content. Other features include Wi-Fi 802.11ac, Bluetooth 4.2, GPS and 3.5mm audio jack. The handset is backed by a 3300mAh battery and will only be available in black colour option. The ZenFone AR could be priced around Rs 60,000 for its premium hardware and unique augmented reality experience. Read our first impressions of ZenFone AR here.