Asus ZenFone 3 Zoom price revealed, will be available in February 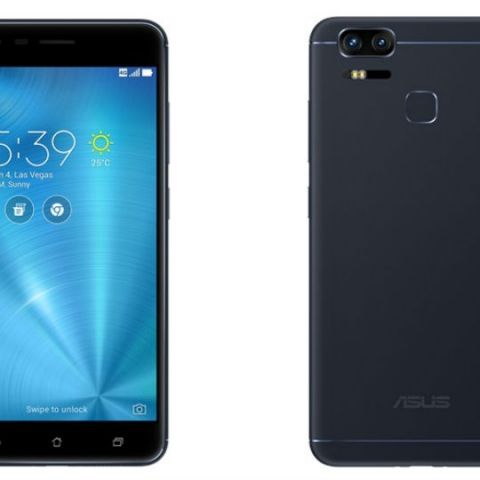 Asus has revealed the pricing for its latest camera smartphone Zenfone 3 Zoom. Asus had announced Zenfone 3 Zoom and Zenfone AR at CES 2017 but pricing and availability were kept under wraps.

Now, Asus has announced the actual price of the device at an event in China. At the launch of Asus Pegasus 3S in Taiwan, Asus has confirmed that ZenFone 3 Zoom will retail for 3,699 Yuan (about Rs 37,000). According to GSMArena, the price is for the 4GB RAM variant which also comes with 128GB onboard storage. Asus has not shared pricing details for all the other SKUs available in the ZenFone 3 Zoom series.

Asus ZenFone 3 Zoom is the successor to original Zenfone Zoom, which was announced in December 2015. Asus ZenFone 3 Zoom switches to a dual rear camera setup with a little sacrifice on optical zoom feature. The smartphone sports a dual 12MP sensors with implementation similar to Apple iPhone 7 Plus. One of the image sensors acts like a telephoto lens with 2.3x optical zoom. There is a 13MP front camera which can also record full HD videos.

Asus ZenFone 3 Zoom features a rear-mounted fingerprint sensor like Zenfone 3 and the smartphone will be available in silver, black and gold colour variants.