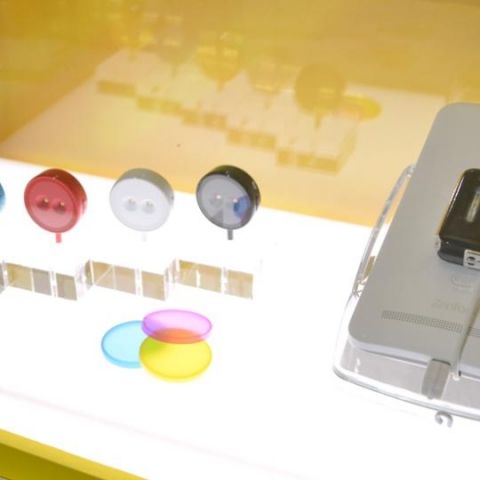 Asus has announced two new accessories called ZenFlash Xenon flash and LolliFlash a dual-LED torch at the launch event of the Zenfone 2 in Taiwan.

The Asus ZenFlash is a "Xenon flash dongle," that can be connected to mobile devices via USB OTG and can stick to the phones rear panel. The company claims that the device offers "400 times" brighter flash than the usual LED flash.

The Asus LolliFlash is a dual-LED torch for smartphones and is shaped like a Lollipop. The circular constant LED can be connected to any phone via the headphone port or 3.5mm audio jack and according to reports packs its own battery. The Asus LolliFlash will be available in Blue, Red, and Yellow colors.

Asus has not detailed the official pricing and availability of the products. The company has not revealed whether both ZenFlash and LolliFlash accessories will work with just ZenFone smartphones or can be connected to other handsets as well.

Asus announced that the new ZenFone 2 series smartphones will be launched in Taiwan, China, Hong Kong, Singapore and France from March and will be available in Southeast Asian markets including India from April.