Apple's 2017 iPhone SE may feature a glass back

Apple is rumoured to announce the next generation iPhone SE at WWDC, which is scheduled to start next month

Apple might introduce the second generation iPhone SE at this year's WWDC, which is scheduled to be held from June 5 to June 9. Apple announced iPhone SE at its spring event last year and it was rumoured to be a one-time special edition product. Now, a new leak suggests the company is working on its successor, which might be unveiled at Apple's upcoming developer conference.

The Apple iPhone SE was announced as a product aimed at iPhone 5s users who preferred a compact 4-inch device. Now, GizmoChina as posted an image tipped to be the 2017 iPhone SE. The image suggests that the company might switch from metal to glass for this year's model. 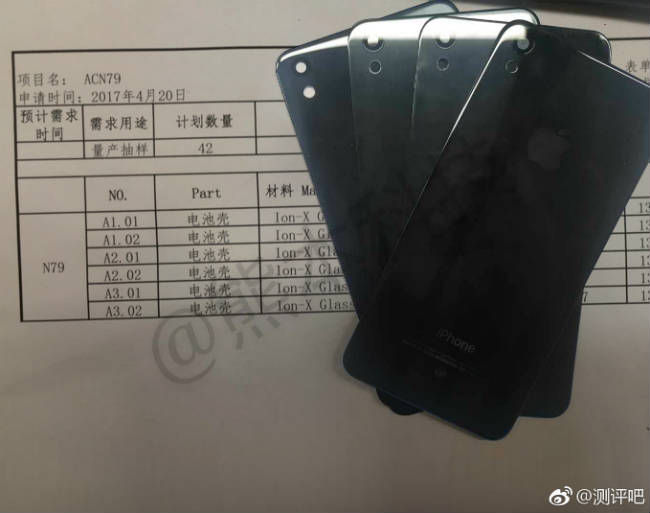 The leak appartently shows shells of 2017 iPhone SE, along with a sheet of materials being used, which suggest that Apple may use Ion-X glass, the same material used on the Apple Watch. The leaked panels also reveals single cut-out for the rear camera module and the flash being placed below the sensor. If this turns out to be true, this could be a new design for any of the upcoming iPhones. The specifications of the 2017 iPhone SE still remains a mystery and even most analysts don't expect Apple to refresh last year's iPhone SE.

Like all leaks, this should also be taken with a grain of salt. Apple always has some surprise up its sleeve and we might finally know whether it's really working on second generation iPhone SE in a months' time, when WWDC 2017 kicks off.