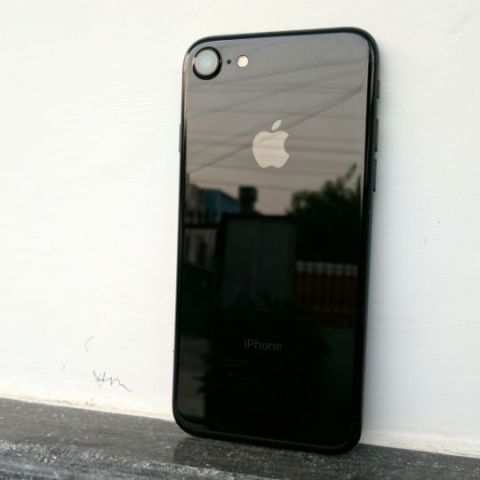 Apple has overtaken Samsung as the number one smartphone maker in the fourth quarter of 2016. According to Strategy Analytics, this is the first time Apple has surpassed Samsung in the last five years. In Q4 2016, Apple sold 78.3 million iPhones as opposed to 77.5 million smartphones sold by Samsung. 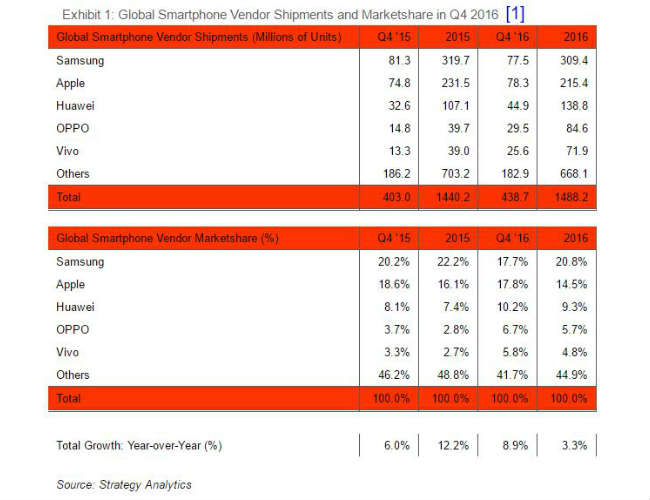 "This was the iPhone's best performance for over a year, as Apple capitalized on Samsung's recent missteps. Samsung will be banking on the rumored Galaxy S8 model in a few weeks’ time to reignite growth and return to the top spot in quarterly smartphone shipments," the report said.

Earlier in the day, Apple announced its Q1 earnings where the company recorded profit of $17.8 billion. Apple managed to sell 78.3 million iPhones and the average selling price reached a record $695. However, Apple's guidance for next quarter hints at demand falling for its flagship smartphone.