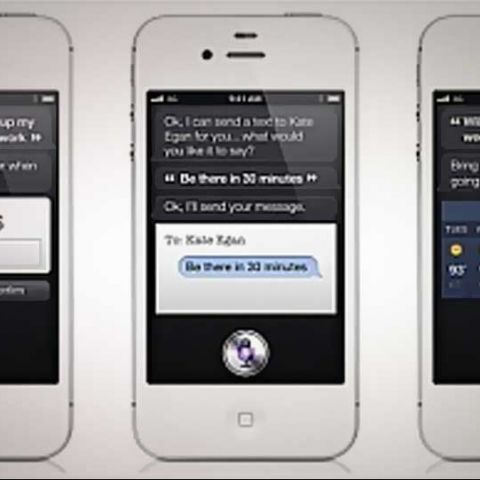 Apple's much-anticipated iPhone 4S today hits the Indian retail shelves, approximately a month after it was unveiled in the U.S. The iPhone 4S has so far received a mixed reaction in India, mainly because of its extremely high price, as compared to other nations including the U.S. and U.K. The device is available in three variants, 16GB, 32GB and 64GB. The 16GB variant of the iPhone 4S is priced at Rs. 44,500, while the 32GB iPhone 4S comes for Rs. 50,900. The 64GB variant of the iPhone 4S comes with a price tag of Rs. 57,900.

Apple's iPhone 4S runs the latest iOS 5 operating system. Apple, however, had to release an updated iOS 5.0.1 version after several iPhone 4S users abroad complained of battery life issues. The updated operating system has supposedly brought various improvements to the platform. The iPhone 4S has 3.5-inch retina display with a resolution of 640 x 960 pixels. The 4S comes with an 8MP camera with 1080p HD video recording. The iPhone 4S has 1GB of RAM and is powered by ARM Cortex A9 dual core 1GHz processor. The most talked-about feature of the iPhone 4S is the personal voice recognition assistant Siri. As we previously reported, Siri is limited outside the US and is likely to get full-functionality by 2012. Meanwhile, read more spec details of the new iPhone 4S here.