Apple may not bundle Lightning to 3.5mm adapter with its 2018 iPhones

Barclays analyst, Blayne Curtis believes that Apple may no longer bundle the Lightning to 3.5mm adapter with the 2018 iPhones 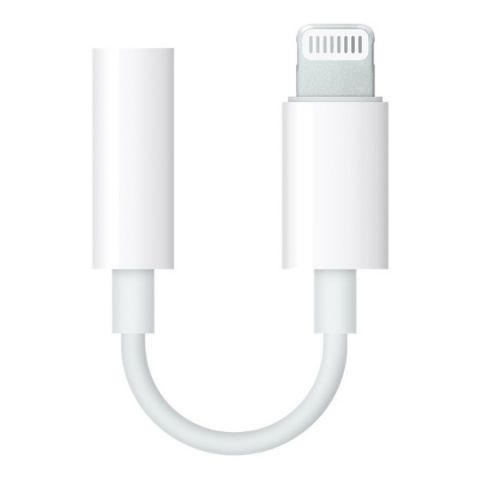 When Apple stopped offering the 3.5mm audio jack starting with the iPhone 7, those with traditional wired headphones could still turn towards the Lightning port to 3.5mm adapter. However, starting this year, this may not be the case as Apple might stop adding the adapter to its 2018 iPhones. Barclays analyst, Blayne Curtis notes (via macrumors) that the doesn’t expect Apple to bundle the dongle with their smartphones this year. "We currently model no dongle this year," the analysts predicted.

If this turns out to be true, then those planning to stick with their wired headphones will have no other option but to either but a dongle separately, or bite the bullet and buy a new pair of headphones.

Of course, Apple isn’t the only one to not offer the 3.5mm audio jack on its smartphones. Many other companies are also offering smartphones with no headphones jack. Moto ditched the headphone jack quite a while back with its Z series of flagship devices. Xiaomi and Huawei have also jumped on the bandwagon with the Xiaomi Mi Mix 2 and the Huawei P20 Pro smartphones. Both these devices do not come a 3.5mm headphone jack, but they do come with an adapter for converting USB-Type-C to 3.5mm.

To recall, Apple is tipped to unveil three new iPhones this year. This could include two second gen iPhone X phones with 6.5-inch and 5.8-inch OLED display. The third would be a 6.1-inch iPhone with and LCD that would be priced lower than the other two variants. This variant is also tipped to support dual SIMs. The single SIM variant of the device is tipped to cost between 550 - $650 and the dual SIM variant might get a price tag between $650 - $750. There are also reports that the 6.1-inch variant of the iPhone may not feature 3D Touch.