The Apple iPhone 8 will sport an OLED display and is expected to cost $1,000, making it the most premium iPhone yet. 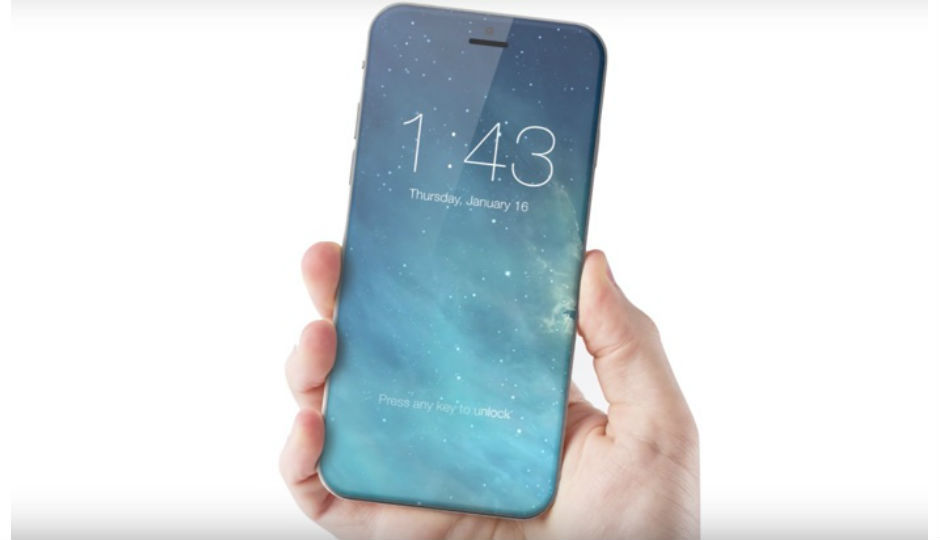 The Apple iPhone 8 is reportedly launching with 3GB RAM, and 64GB or 256GB storage. The new report from TrendForce cited by 9to5Mac reaffirms the fact that the Anniversary Edition iPhone will pack a larger 5.8-inch OLED display, and a form factor similar to that of the existing iPhone 7. Apple will make this possible by dropping the physical home button also called Touch ID, on iPhones.

TrendForce says that the Apple iPhone 8 will come with new, 3D-sensing technologies that will enable facial recognition, and new augmented reality applications. This coincides with previous reports from renowned analyst Ming-Chi Kuo of KGI Securities. While early rumours hint at the iPhone 8 featuring a curved edge display, TrendForce says that the idea has been dropped due to fragility issues.

The Apple iPhone 8 is reportedly set to become the most premium iPhone yet, and TrendForce comfirms that the handset will be priced at $1,000 or 'even higher'. Apple is also expected to announce iteractive updates in the form of iPhone 7s and 7s Plus, some time in September. TrendForce says, at least 40 percent of the units will be the new iPhone 8 - a significant number, considering the $1,000 price tag. The Cupertino giant is expected to announce iOS 11 optimised for the upcoming smartphone at WWDC, on June 5.