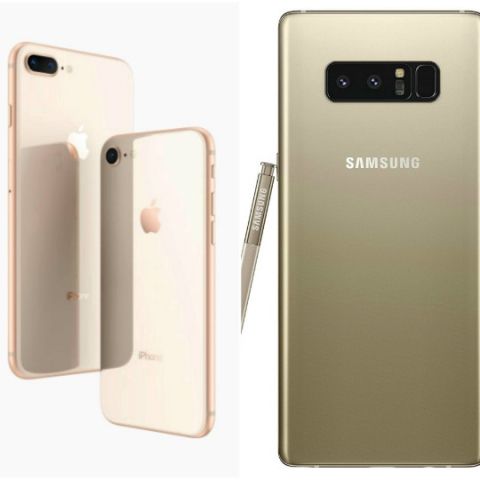 Apple’s latest smartphones, iPhone 8 and iPhone 8 Plus, both sport glass backs that support wireless charging. Apple has claimed that the glass used on the new iPhone’s back is "the most durable ever in a smartphone." Putting their words to test, SquareTrade, a device insurance, and protection agency has conducted various drop tests on the iPhone 8 and iPhone 8 Plus. They also pitted Samsung’s Galaxy Note 8 against Apple’s smartphones. The Galaxy Note 8 sports a glass back similar to the iPhone 8.

According to SquareTrade’s website, “SquareTrade Labs uses a range of scientific robots to see how the latest phones live up to the activities of our everyday lives.” The iPhone 8, iPhone 8 Plus and the Galaxy Note 8 smartphones were subjected to various tests such as face down drop test, side, back drop tests and also a dunk and shot test, in which the smartphones were hurled through the air.

The Apple smartphones suffered cracked and shattered display, glass back, and corners. The Galaxy Note 8 suffered a far worse fate due to its curved rear and was rendered almost useless after the face down drop test. In conclusion, the iPhone 8 shows better durability than the iPhone 8 Plus and Note 8. Based on various tests, SquareTrade assigned a breakability score for all the three phones, where Note 8 scores highest of the three smartphones and is at a larger risk of damage. 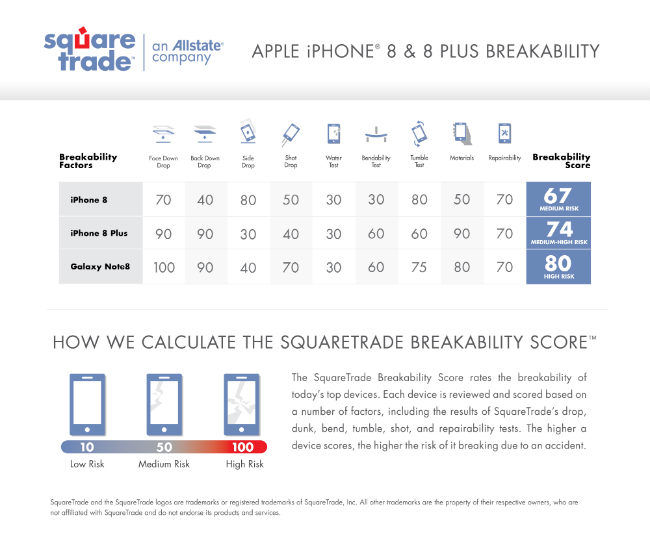 Jason Siciliano, VP, Global Creative Director at SquareTrade stated in a press release, "Like the Galaxy S8 and Note8, our tests show that the all-glass iPhone 8 and 8 Plus break on the first drop on all sides. Wireless charging is the future, no doubt. But it seems that Apple and Samsung have made a choice—to sacrifice durability in the name of innovation."