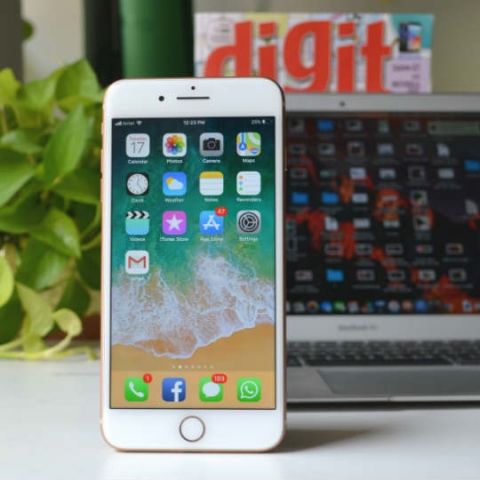 Apple iPhone 8 Plus has outsold the smaller iPhone 8 in the third quarter of 2017, numbers from Canalys reveal. This is the first time a Plus model has outsold its smaller counterpart since the introduction of the iPhone 6 Plus in 2014. 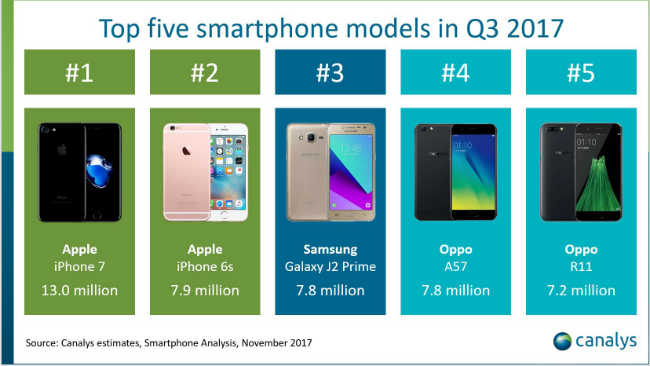 Canalys says worldwide smartphone shipments reached 375.9 million units in the third quarter, a growth of 5.9 percent over same period last year. Samsung remains the top smartphone brand globally with 82.8 million smartphone shipments in the third quarter. The company gained 8.2 percent market share in the last quarter due to strong demand for its Galaxy J series in markets like India and the Middle East. Canalys estimates Samsung to have shipped 4.4 million Galaxy Note 8 units in this quarter, delivering a positive result for the brand and dispelling the negative reputation earned with the Note 7 debacle.

Huawei was the third largest smartphone brand with 17 percent growth in shipments to reach 39.1 million units in the third quarter. Chinese player Oppo and Xiaomi followed with a market share of 8 percent and 7.4 percent respectively. Xiaomi recorded the highest growth among the top five players with a growth of 86.9 percent in its smartphone shipments. Apple is expecting record profits in the fourth quarter, the first full quarter in terms of availability for iPhone 8 and iPhone 8 Plus while iPhone X will drive the average selling price higher next quarter. Huawei, meanwhile, would be hoping to drive its sales with the availability of Mate 10 series.