Apple's OLED iPhone is expected to launch alongside iterative iPhone 7s and 7s Plus at company's fall event in September. The handset could be priced at around $1,000 when it becomes available for purchase. 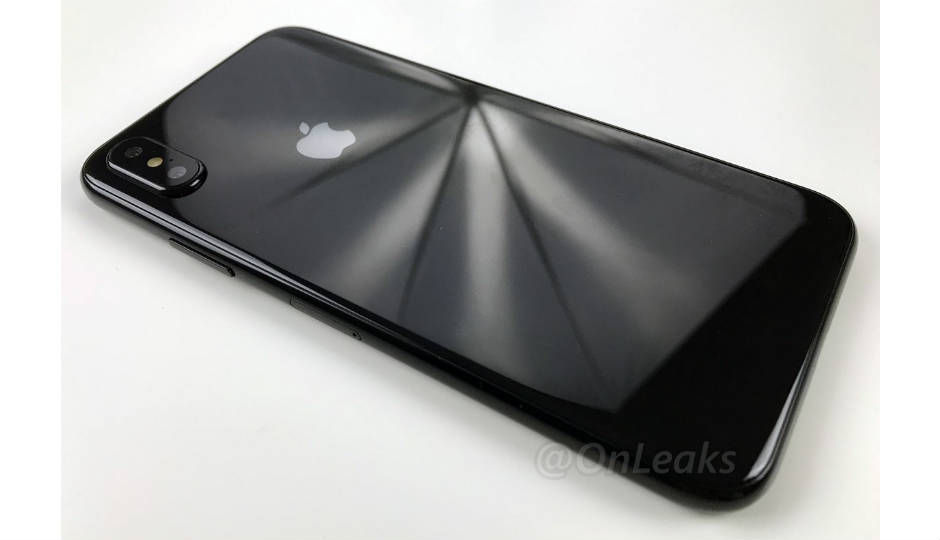 Apple's anniversary edition iPhone is one of the most anticipated smartphones of this year. The handset is expected to be launched at company's fall event in September alongside the iPhone 7s and 7s Plus smartphones. While there have been multiple leaks surrounding the launch of the OLED iPhone in the past, a new leak shows gives us a hint as to what the final device might look like. Twitter user, OnLeaks in collaboration with Tiger Mobiles, has posted the video of a dummy iPhone 8 smartphone. OnLeaks notes that the dummy unit is based on 3D CAD renders obtained from factory sources and its manufactured using a proper CNC process. This dummy unit could well end up being the final product design that Apple showcases at its event in September this year. The first thing one notices is the near bezel-less display on the front, which could become its biggest selling point. Apple is able to squeeze a larger display into smaller form factor thanks to Samsung's OLED display. Apple has reportedly placed orders for nearly 80 million OLED panels.

The purported iPhone 8 in the video also seems to be thicker than existing iPhones, but the most interesting bit here is the lack of Touch ID. It is not clear whether Apple is ditching the Touch ID altogether, but most rumours suggest that the company will instead offer an iris scanner similar to the one found on Samsung's Galaxy S8 duo. Apple could also ship the next iPhone with an under display fingerprint sensor.

The video also shows the vertically mounted dual-rear camera setup separated by a LED flash. The new camera setup is expected to offer new augmented reality features based on ARKit that was announced at WWDC. The dummy unit in the video seems docked on a standard iPhone stand, suggesting that Apple's 2017 iPhone lineup will continue to use the lightning port, and won't adopt the new USB-C standard.

Most rumours suggest that Apple's OLED iPhone will feature stainless steel casing with glass back, and support wireless charging. The smartphone is expected to be powered by the A11 chipset, and offer a slightly larger battery compared to its predecessors. A recent report suggested that Apple will have only 3-4 million units of the iPhone 8 at the time of launch due to supply constraints. The handset could be priced around $1,000 making it the most expensive iPhone yet.