Apple iPhone 8 is expected to feature a bezel-less design with an OLED display and a notch housing the front camera and other sensors. The handset could be announced next month, alongside the iterative iPhone 7s and iPhone 7s Plus. 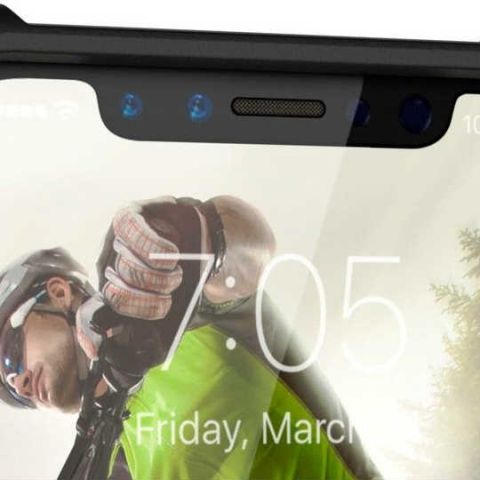 While the OLED iPhone, also dubbed as iPhone 8, has been leaked in the form of renders in the past, a new image posted by Evan Blass shows the full display design of the smartphone. The handset enclosed in a case made by Urban Armor Gear shows the front dominated by the display and a top notch housing the front camera and other sensors. The handset shows March dateline suggesting this could be one of the early renders from the case maker.

The design is similar to the one revealed by HomePod's leaked firmware and further, indicates that this will be the most revolutionary iPhone yet in terms of design. KGI Securities analyst Ming-Chi believes that the iPhone 8 will sport a 5.8-inch Super AMOLED display from Samsung with a functional area at the top that will act as a window for notification and quick access to apps. The handset is said to be powered by the company's updated A11 chipset based on a new 10nm FinFET architecture.

According to Morgan Stanley, the iPhone 8 will be announced in September, but won't be available until the end of October or early November. Apple recently announced its third quarter earnings and its CEO Tim Cook suggested the timely launch of the new iPhones with a strong projection for fourth quarter earnings. The Apple iPhone 8 with its near bezel-less design and OLED display could hit retail stores at around $1,200 (Rs 76,500), making it the most expensive iPhone yet.