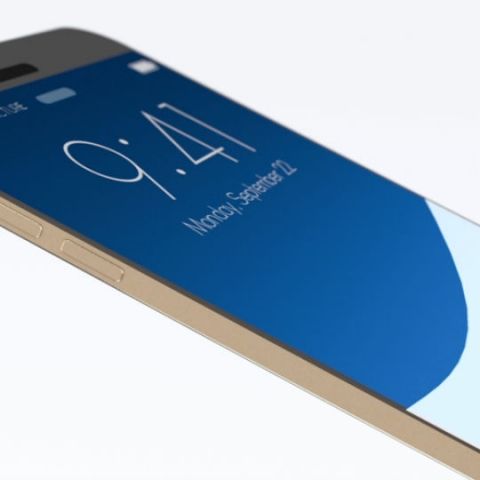 Apple is rumoured to launch three new iPhones later this year. The company is preparing to unveil the next iPhone with a new design language, for the tenth anniversary of the product.

One of the major new features is expected to be the introduction of facial recognition. According to a new report by Businessinsider citing a research note, Apple will include a new facial recognition feature supported by a laser sensor. Apple bought Primesense in 2012 and the new technology could be based on latter's infrared sensor.

"Other features appear to include some form of facial/gesture recognition supported by a new laser sensor and an infrared sensor mounted near the front-facing camera and, as expected, should also finally include wireless charging," Cowen and Company analyst Timothy Arcuri wrote.

Apple is expected to announce updates to the existing 4.7-inch iPhone 7 and iPhone 7 Plus. It is also likely to announce a 5.8-inch iPhone with OLED display and slim bezels. The smartphone is codenamed 'iPhone X' and is rumoured to add an optical fingerprint sensor, embedded under the glass.

The next-generation iPhones are also rumoured to support wireless charging and stainless steel forging process. Arcuri forecasts that the introduction of the iPhone X will trigger a new upgrade cycle among existing iPhone users.