Apple announces the iPhone 5, along with all-new iPod Nano and iPod Touch 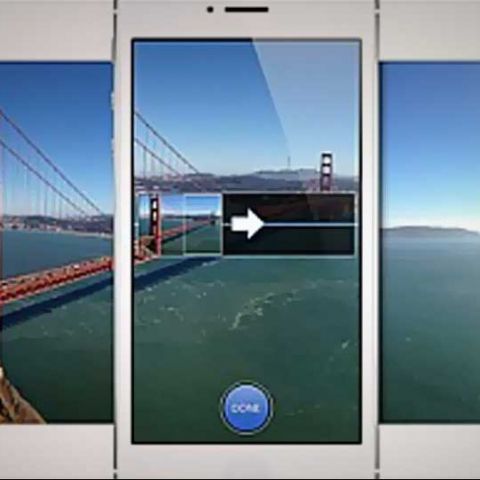 There was a lot of hype behind Apple’s September 12 event and all the rumours have finally been put to rest. Apple has finally officially announced the iPhone 5.

The sixth generation iPhone is much the same as what we have seen in the numerous rumours surrounding the device, and that has left us a tad disappointed.

At the iPhone 5 event, Apple also announced updates to iTunes, refreshes for iPod Touch and Nano, as well as iO6’s release date.

iPhone 5
The iPhone 5 is made out of aluminium and glass, and is 18 percent thinner than the iPhone 4S, at a svelte 7.6mm. It is also 20 percent lighter than its predecessor, weighing in at a mere 112 grams. The new 4-inch 16:9 Retina Display has a resolution of 1136x640 pixels, with a pixel density of 326ppi. The display is supposedly also more vivid. With all the added visual real estate, iOS 6 will feature an additional icon row. All native software will be compatible with the larger size, while third-party apps will temporarily feature extra space above and below until they make the necessary changes.

The new Apple iPhone is powered by the A6 chipset, that’s 22 percent smaller than the A5, which powers the iPhone 4S. Apple unfortunately has not revealed many details about it. We know that there are separate chips for voice and data, and a separate radio chip. According to Apple, the A6 chipset offers twice the CPU and GPU performance as the A5. We do not know if it bears a quad-core CPU and quad-core GPU as expected, or just a dual-core CPU with a quad-core GPU like the A5X chipset on the iPad 3.

Apple’s new iPhone comes with an 8MP iSight camera, capable of 1080p HD video recording. It has an f/2.4 aperture five-element lens, a BSI sensor, Hybrid IR filter and is roughly 20 percent smaller than the iSight on the 4S. It also features a new panorama mode that allows users to create images 28MP wide. Relevantly, the A6 chipset features a new signal processor on the phone, helping to capture images 40 percent faster, along with better low-light performance, image and video stabilization. Users will also be able to click stills while recording video. The front of the device has a 720p HD camera for FaceTime.

4G LTE speeds have also finally come to the iPhone. The iPhone 5 has all new Wi-Fi, 2.4GHz and 5GHz on 802.11n, up to 150mbps. Rumour mills were also proven right about the new dock connector for the iPhone 5. Called Lightning, the new dock is all-digital and has an 8-signal design. For your old 30-pin accessories, Apple has an adapter at your disposal.

Apple has updated the iPod Nano and the iPod Touch.

The all-new iPod Nano has the new dock Lightning connector, is 5.4mm thin and has a 2.5-inch display. It has a home button just like the iPhone/iPod Touch. The display is multi-touch. The Nano comes in 7 different funky colours and also supports Bluetooth. The Nano has a battery life of 30 hours of music playback. 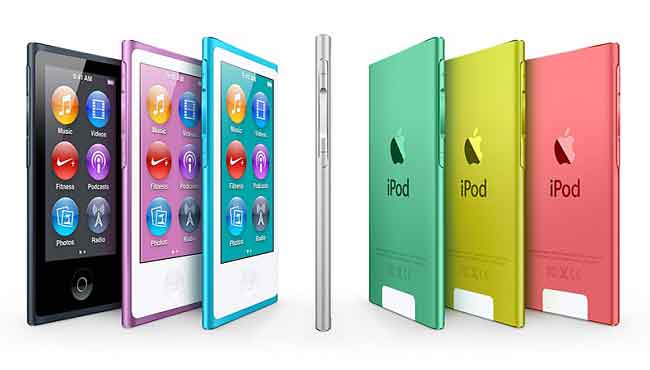 The iPod Touch too has received a facelift. The 5th generation iPod Touch is only 6.1mm thin. It is really light at 88gms. Just like the previous gen iPod Touch was a slimmer version of the iPhone 4/4S, the 5th gen iPod Touch is a slimmer version of the iPhone 5. The new touch will be powered by the A5 chipset – dual-core processor, dual-core graphics. It boasts of 40 hours of music playback. The iPod Touch also has a 5MP camera with an LED flash and a front facing 720p FaceTime camera. The Touch now supports Bluetooth 4.0 and AirPlay Mirroring. But that's not all, Apple’s voice controlled personal assistant Siri is making an appearance on the 5th gen iPod Touch. The iPod Touch is available in 5 vibrant colours. Apple has also designed a hook called Loop, built into the chassis as a strap to tie around your wrist. 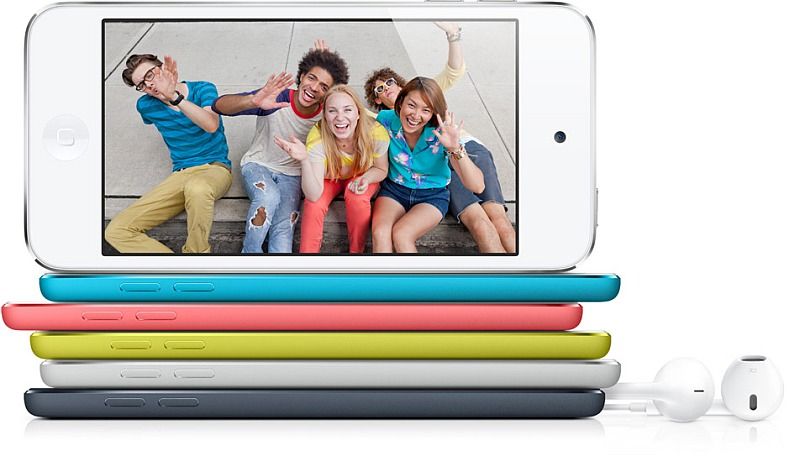 Apple has also introduced new earphones called EarPods that will come bundled with the new iPods. Apple says that they have spent three years perfecting the design of the new earphones. If you want to buy the EarPods separately, you can do so starting today (in the US) for $29.

iOS 6
Apple announced the latest iteration to its mobile and tablet operating system, iOS 6 at WWDC 2012 without a concrete release date. As expected, the company has revealed it at this event - iOS 6 will be out on September 19 and will be compatible with the following devices – iPhone5, iPhone 4S, iPhone 4, iPhone 3GS, the new iPad, iPad 2 and the iPod Touch 4th gen.

With iCloud and iOS 6, Apple has a new feature called Photo stream. Apple has also brought panorama mode to the iPhone’s camera in the new OS.

We have seen the capabilities of iOS 6 and Apple showed us another glimpse of the new features of the OS. As we reported earlier, Apple has ditched Google Maps for a Map app of its own. Maps for iOS 6 has been updated with features such as POI’s (Point of Interests) along with turn-by-turn directions, satellite imagery, and 3D view.

In iOS 6, apps such as Safari open in full screen mode. Apple showed off this feature on the iPhone 5 and it looked quite good.

In other updates to the OS, the native phone app now has the ability to automatically send an SMS back when you can't take a call, a feature that should have been made available to users a long time ago. Finally, users will be able to make FaceTime calls over a cellular network.

No more iPhone 3GS
Apple also announced that the iPhone 3GS has reached the end of its life and the company is discontinuing the device. The iPhone 4 8GB is still available and customers can pick up the smartphone for free with carrier contracts. The iPhone 4S 16GB is available at $99.

iTunes
Apple’s iTunes store too received a new design. It has Facebook integration enabling you to share whatever you want or like in the app store to your social networking account. The new iTunes store for the desktop is very similar to its iOS counterpart in terms of appearance.

Apple’s music app, iTunes to received an update. The new version of iTunes will be made available to users in October. The new updates are as follows: