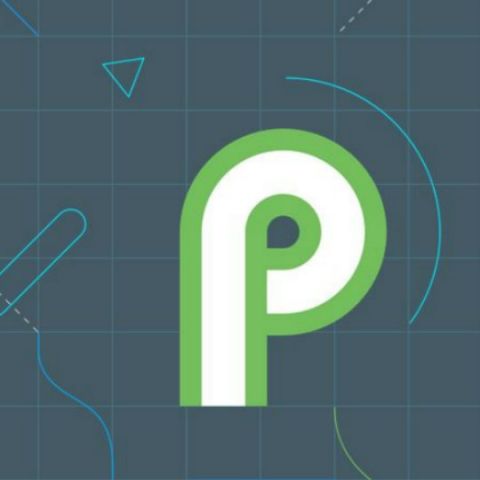 HMD recently unveiled its new Nokia 5.1, Nokia 3.1 and the Nokia 2.1 smartphones at an event in Russia. Alongside the handsets, the company also announced that all smartphones in its portfolio will be updated to Android P, including the newly launched devices. This means that all Nokia smartphones, from the company’s flagship Nokia 8 Sirocco to the Android Oreo (Go Edition) running Nokia 1 and the new Nokia 2.1, will be updated to Android P, along with all the older Nokia phones launched by HMD Global. This doesn’t come as much of a surprise, given that Nokia announced moving all of its smartphones to the Android One platform at Mobile World Congress 2018 and has been rolling out consistent updates to nearly all of them.

As for Android P rolling out to Nokia smartphones, most Android devices come with a promise to update the Android OS for two years after their launch. Thanks to this, the Nokia 8 Sirocco, Nokia 7 Plus, Nokia 6.1 and the new Nokia 5.1, 3.1 and 2.1 smartphones are already covered for receiving the next major Android iteration. Now, the company has made clear that the first generation Nokia 2, Nokia 3, Nokia 5, Nokia 6 and the Nokia 8 handsets will also be updated to Android P.

As aforementioned, Nokia recently launched the Nokia 5.1, Nokia 3.1 and the Nokia 2.1 smartphones. The handsets sport design changes, upgraded specifications and software, and are successors to the first generation Nokia 5, Nokia 3 and Nokia 2 devices respectively. The Nokia 5.1 and Nokia 3.1 feature a taller 18:9 display aspect ratio, as compared to the 16:9 display aspect ratio on their predecessors, and are launched running on Android Oreo. The Nokia 2.1 is an entry-level smartphone which is running on Google’s lightweight Android Oreo (Go Edition) OS and gets bumped up specifications, compared to the 2017 Nokia 2.

Soon after the three new Nokia smartphones were announced, they have also been listed on the company’s India online shop, along with what seems to be their India pricing. As per the list, the Nokia 5.1 could cost Rs 12,499, same as the 2017 Nokia 5, whereas the Nokia 3.1 could be priced at Rs 9,498. The new Nokia 2.1 is also priced same as its predecessor at Rs 6,999. The ‘Buy’ option for the device is active, but it currently redirects to their respective 2017 variants. This suggests that the microsite for new phones is still under construction and the listed prices could be tentative.

The new Nokia 5.1  is powered by a 2.0 GHz MediaTek Helio P18 octa-core processor, which is said to deliver 40% faster performance as compared to its predecessor. It features a 5.5-inch Full HD+ 18:9 display and comes with a rear-mounted fingerprint scanner to accommodate the taller display and is backed by a 3000mAh battery. The Nokia 5.1 is equipped with a 16MP single rear camera with PDAF support and an LED flash. On the front is an 8MP wide-angle camera for selfies. It comes in two variants, one with 2GB RAM/16GB storage and another with 3GB RAM/32GB storage. The smartphone will be available globally from July in Copper, Tempered Blue and Black colour variants.

The Nokia 3.1 features a dual anodised diamond cut design and sports a 5.2-inch HD+ IPS display. The smartphone comes with a 13MP rear camera with a f/2.0 aperture lens and LED flash, and on the front is an 8MP wide-angle lens camera. It is powered by the 1.5GHz MediaTek 6750N octa-core SoC and will come with 2GB RAM and 3GB RAM versions with 16GB and 32GB internal storage options respectively. The device is backed by a 2990mAh battery and akin to its predecessor, it misses out on a fingerprint scanner. It will come in Blue/Copper, Black/Chrome, White/Iron colour variants.

Nokia says that the new Nokia 2.1 delivers 50 percent performance gain over its predecessor and comes with 20 percent more screen real estate. The device features a 5.5-inch HD 16:9 display and comes with dual front firing speakers, which are placed on the top and bottom bezels. It is powered by the Snapdragon 425 SoC with 1GB RAM and 8GB internal storage. The smartphone runs on Android Oreo (Go Edition) and is backed by a 4000mAh battery, which is said to deliver a two-day battery life. The handset sports an 8MP rear camera with autofocus, along with a 5MP front-facing sensor. The handset will be globally available from July in Blue/Copper, Blue/Silver and Grey/Silver colour models.