Developers can now start working on their apps to optimize them for the next version of Android which promises a huge improvement over previous versions. 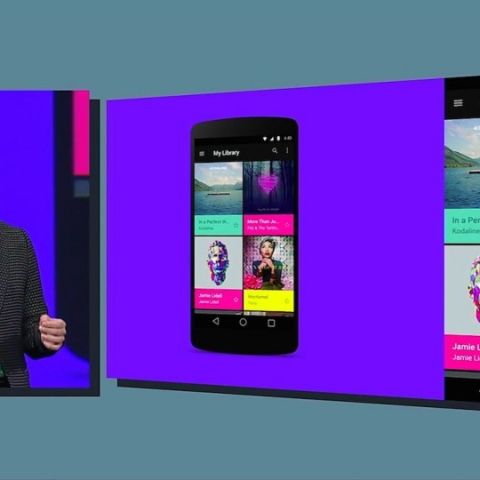 Staying true to its word, Google has released the developer preview of its next version of Android called "L" (for now). The Android maker had promised to release the build at Google I/O yesterday. So far, there are only two builds available - for Nexus 5 smartphone and the Nexus 7 (Wi-Fi only) tablet.

The latest version of Android brings a lot of improvements as promised by Google. One of the most obvious improvements is the new design called Material Design which has overhauled the look and feel of controls. Despite the new look, the overall feel of the OS remains the same except a major change in the settings and notifications panel.

The preview SDK for Android L is available on Android developer site and it must be noted that it is a preview version only. Users who wish to install the preview must know that the build may contain bugs and it could brick their devices. So far, the good news is that the preview version has been working quite well and Google will keep fixing the bugs over time till it is ready to release the stable version.

You can read more about the new features of Android L over here.

If you are among the ones who are not scared of playing around with your Nexus devices, we suggest that you give the preview a try and let us know if the next version of Android can make the platform even more exciting. Get started from here.