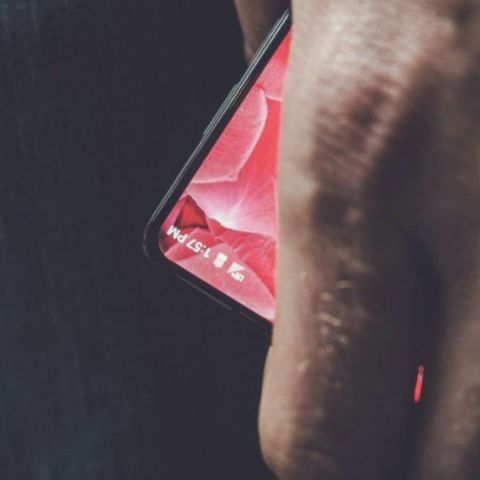 Android Co-Founder, Andy Rubin, has confirmed that his new venture Essential will showcase its first product next week. Rubin has been teasing a bezel-less smartphone for months now and he seems ready to finally spill the beans.

"Almost ready to share with you what we've been up to," Rubin said in a tweet. Andy Rubin is speaking at this year's Code Conference, an invitation-only technology conference hosted by Recode founders Kara Swisher and Walt Mossberg.

Andy Rubin is making a comeback in the smartphone space after leaving Google over two years ago. Back in January, Rubin announced Essential, a new venture aimed at designing a premium smartphone with an edge-to-edge display. In March, he teased that product further confirming that the device won't have any surrounding bezels.

The image showed the smartphone will feature a button on the side and a cutout for the speaker. The smartphone recently appeared on GFXBench, hinting at the use of Snapdragon 835 platform with 4GB RAM, a 12MP rear camera and an 8MP front camera. Eric Schmidt, Executive Chairman of Google's parent Alphabet Inc recently confirmed that Essential's first smartphone will run Android.