At the moment, AMD is launching just two variants in the new Ryzen lineup and both are compatible with the existing AM4 motherboards. 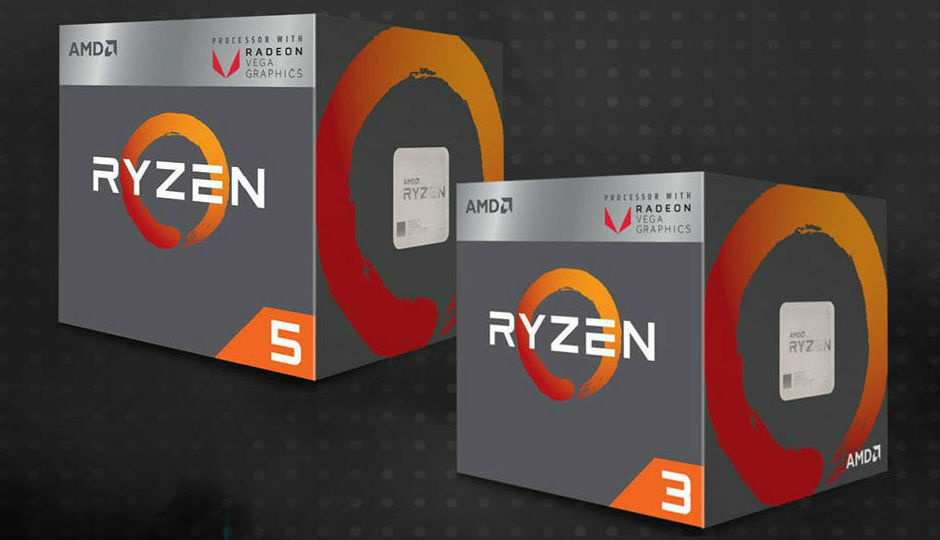 At CES this year, AMD revealed its plans for the year which included a new line of Ryzen processors with Vega Radeon GPUs onboard. Two processors were supposed launched this month and as of yesterday AMD Ryzen 3 2200G and Ryzen 5 2400G are now official. Both these parts use a quad-core setup, but while the Ryzen 5 2400G supports 8 threads, the Ryzen 3 2200G is limited to 1 thread per core. There are other differences as well, but the best part is that these new chips will run on the same AM4 platform hence they are compatible with existing motherboards in the market. All the users would have to do is to update the BIOS before using the chip.

The Ryzen 3 2200G will sit above the Ryzen 3 1300X, offering 3.5GHz clock speed on its four cores, with a max boost of 3.7GHz. The processor will incorporate 8 GPU cores with  512 streaming processors and a base GPU frequency of 1100MHz. As for the Ryzen 5 2400G, it will slot itself beside the Ryzen 5 1500X in the current lineup. The quad-core chip has a base clock speed of 3.6GHz and a max boost clock of 3.9GHz. It will feature 11 GPU cores with 704 streaming processors running at a base GPU frequency of 1250MHz.

Both new processors extend support for dual-channel DDR4-2933 DRAM and have a default TDP of 65W, which for an APU is quite good. AMD is also enabling configurable TDPs on both the processors, which will range from 46W - 65W and essentially enable OEM and system builders to offer this chip in smaller form factor PCs easily.

Anandtech reports that AMD might be bringing more power efficient variants of both the new processors with a TDP of just 35W. Apparently, Asus’ B350-PLUS motherboard CPU support page has already extended support for the (upcoming) energy-efficient APUs. According to ASUS, the Ryzen 5 2400GE will have a lower base clock speed of 3.2GHz with SMT and the Ryzen 3 2200GE will have a base clock speed of 3.2GHz without SMT. What we don’t know yet is whether these chips will have the same iGPU configurations as well as DDR4-2933 support.