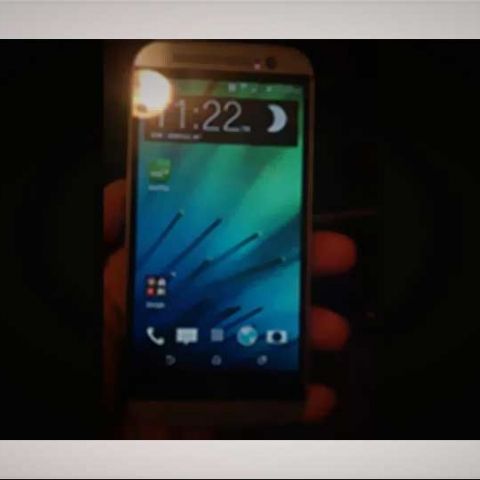 Details about HTC's next flagship smartphone, dubbed as the All New HTC One a.k.a HTC One Plus a.k.a HTC One 2, have once again hit the web. Unlike previous rumours and leaks, more and detailed specs of the smartphone have been revealed.

GSMArena in an exclusive report has published the full specifications of the smartphone from what appears to be a sales guide, revealing key details of the HTC One 2014. The guide also has the company's plan on how to market the device.

The smartphone measures 146.36 x 70.6 x 9.35 mm, which makes it slightly thicker than its competition. It weighs about 160g. Corroborating previous rumours and leaks, the smartphone has a 5-inch full HD display, a 2.3GHz Snapdragon 801 quad-core processor and 2,600 mAh battery.

The smartphone has 16 GB of built-in storage (10GB of which will be user available and supports microSD for extra space.

The guide, however, does not reveal the rear camera resolution, but specs seems to be same as previous model - 1/3.0" size, f/2.0 aperture, 2µm pixel size, etc. This suggests the smartphone may have same 4MP. According to the guide, the camera could capture 1080p video, not 4k as rumoured earlier. The front-facing camera will be 5MP. The smartphone also has a barometer, but doesn't feature FM Radio.

Earlier a leaked Telstra (a big Australian carrier) brochure leaked online, showcasing the phone's feature and confirming the "all new" name. According to the leak, the smartphone's duo camera enables user to choose the focus point and crate bokeh effects. The camera will also be capable of enabling 3D effects.

Check out below the leaked sales guide of the All New HTC One: