A few days back Google confirmed that it will be launching the first Android Oreo (Go Edition) phone at MWC this year and the Alcatel 1X became the first phone to be launched under the initiative. The Go Edition is specifically designed for smartphones with 1GB RAM and lower, and low processing capabilities. This is Google’s second attempt at making an operating system especially for more mass market devices and is in some ways a second go at the Android One initiative Google started a few years back. Some rumors also mention that HMD Global might announce the Nokia 1 that will run on Android Oreo (Go Edition).

As for the Alcatel 1X, the phone is far more basic phone than the rumored Nokia 1 which is expected to be powered by a Qualcomm Snapdragon chipset. However, the phone does feature the “in trend” 18:9 aspect ratio display. That said, the 5.3-inch display only has a 960 x 480p resolution, which by all measures is quite low. The phone does include a fingerprint scanner and based on the region, it will either have a 13MP or an 8MP rear camera. The front-facing camera is a 5MP shooter with a dedicated flash. Alcatel will also offer a 2GB RAM variant of the phone, but the storage is fixed at 16GB. The battery is also quite small at just 2460mAh. The phone will be launched in April with single sim and dual-SIM variants, priced at 100 Euros and 110 Euros respectively.

Alcatel also launched four other phones alongside the 1X. The most expensive phone among the newly announced devices is the Alcatel 5. The phone has a 5.7-inch display with an 18:9 aspect ratio. The resolution on that display is 1440 x 720p (HD+), which doesn't sound like much, but the phone has really thin side bezels and the chin is also quite thin. The device is powered by a MediaTek 6750 SoC and it is available with 2GB  or 3GB of RAM paired with 16GB and 32GB storage respectively. There is a 12MP rear camera on the phone and a dual camera setup at the front (13MP + 5MP). 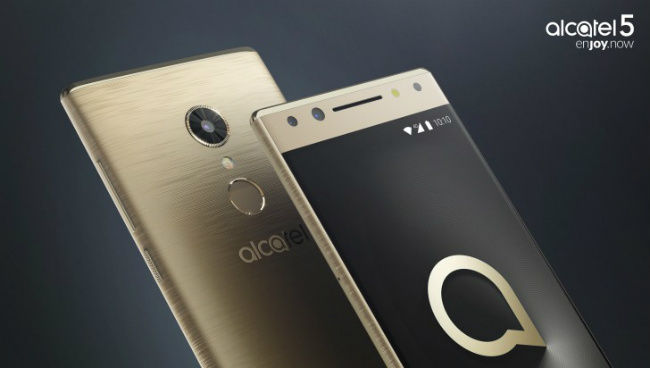 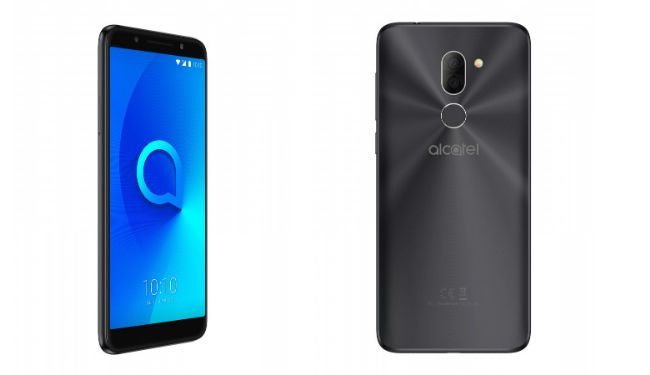 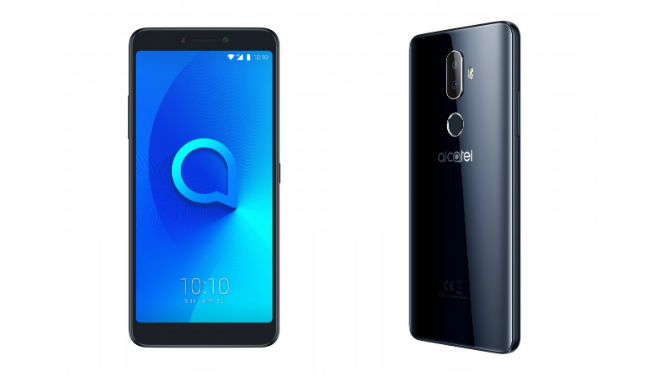 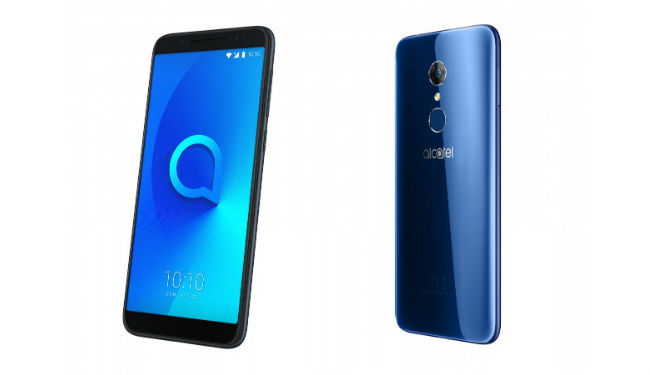