The Celkon Smart 4G smartphone has been launched under Airtel’s ‘Mera Pehla Smartphone’ initiative. It comes with dual SIM slots and access to all Google Play Store apps. 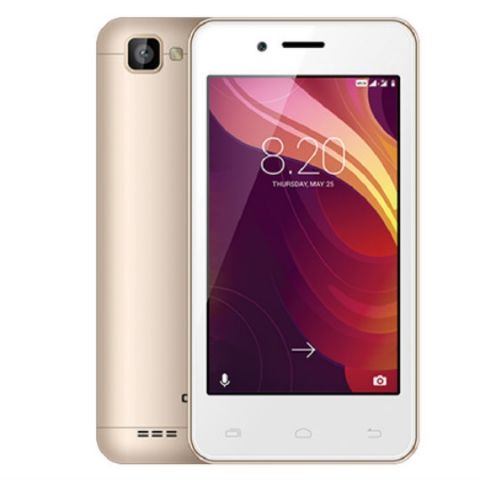 The Celkon Smart 4G runs on Android 6.0 Marshmallow and offers access to apps on the Google Play Store including apps like YouTube, Facebook and WhatsApp. Similar to the Karbonn A40 Indian, the Celkon Smart 4G comes bundled with a monthly pack of Rs 169 from Airtel, which offers data and calling benefits.

To get the Celkon Smart 4G smartphone at the effective price of Rs 1,349, customers need to make a down payment of Rs 2,849 for the device and make 36 continuous monthly recharges of Rs 169. Buyers will get a cash refund of Rs 500 after 18 months and another Rs 1000 after 36 months, thus making the total cash back to Rs 1500.

The Celkon Smart 4G smartphone is launched under Airtel’s ‘Mera Pehla Smartphone’ initiative, under which Airtel plans to collaborate with device manufacturers to bring smartphones at the price of feature phones.

Coming to specifications, the Celkon Smart 4G comes with a 4-inch touchscreen display and runs on Android 6.0. It is powered by a 1.3 GHz Quad-core processor and comes with 1GB RAM coupled with 8GB of storage. The storage is further expandable upto 32GB. It is backed by a 1500 mAh battery.

In terms of connectivity, the Celkon Smart 4G features Wi-Fi, Bluetooth, GPS and works on 4G/3G/2G networks. It also comes pre-loaded with Airtel's apps such as MyAirtel app, Airtel TV and Wynk Music.

Unlike the JioPhone, the ownership of the Celkon Smart 4G will remain with the user, and there is no need to return the device to Airtel or Celkon to claim the refund benefits. The smartphone can be purchased from any leading mobile store and after sales support for the device will be provided by Celkon through its service network.