Acer announces 4.5-inch Liquid E2 quad-core smartphone, due in May

We look at launch of the budget quad-core smartphone by Acer, called the Liquid E2. 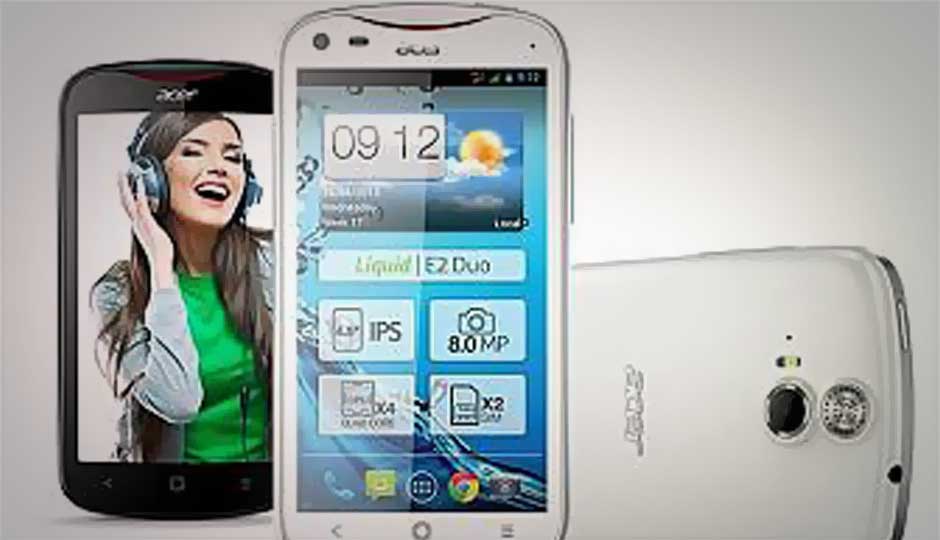 Acer announces 4.5-inch Liquid E2 quad-core smartphone, due in May

Acer is entering the budget quad-core smartphone race with the launch of the Liquid E2. As of now the device is slated for a mid May launch in the UK and Europe at a suggested price of 229 Euros (Rs. 15,000 approx.). The smartphone will be available in two colours, Rock Black and Classic White.

The Liquid E2 will run on the MediaTek MT6589 chipset. In India we have seen a number of manufacturers use this chipset in their smartphone. The first device to launch with this was the Micromax A116 Canvas HD closely followed by the Intex Aqua Quadcore, WickedLeak Wammy Passion Y, Xolo Q800 and more.

The Acer Liquid E2 is relatively slim at 9.9mm thick and weighs 140 grams with the battery. It bears a 4.5-inch qHD (960x540 pixel) IPS display. Acer claims that the device will last for up to 9 hours of talk time and up to 450 hours of standby time on the 2000mAh battery. The smartphone also boasts of dual-SIM capabilities and you do have a single SIM variant as well.

The quad-core CPU on the E2 is clocked at 1.2GHz and the device has 1GB of RAM and 4GB built-in storage expandable up to 32GB via a microSD card. The rear of the device has an 8MP AF rear camera with an LED flash and a BSI sensor. The front of the smartphone has a 2MP camera. It also supports Wi-Fi, Bluetooth, FM radio and GPS.

Overall the smartphone looks like your run of the mill quad-core budget Android smartphone. There is no information on its India launch. 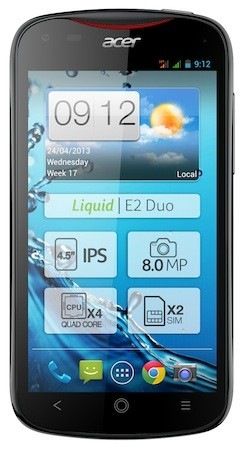