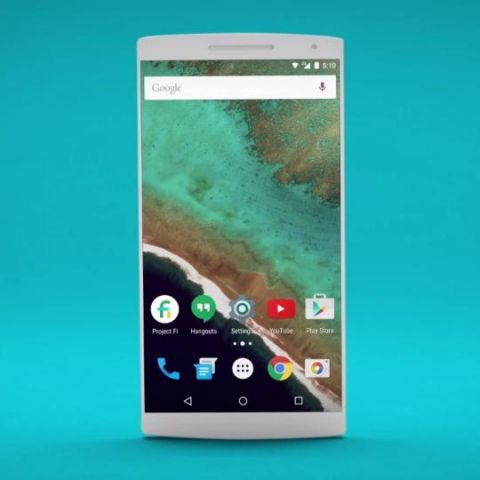 Google is reportedly working on the next generation Nexus 5 smartphone, which is expected to be launched later this year.

Google's recent Project Fi video released last week shows a device that resembles a Nexus 5's front. The mystery device in the video also suggests that the next Nexus device could possibly have Google Project Fi support. The promo video entitled ‘Project Fi: Guide to Checking Data Usage’ shows a render that has the same minimalistic design as the Google Nexus 5.

Project Fi, is the internet giant's wireless carrier project  in the US that switches between WiFi and cellular networks to curb data use and cut down on the phone bills. Right now only the Nexus 6 smartphones are compatible with the Project Fi.

Recently Google executives had visited LG in Korea, where they are working on a device codenamed the “N000”. The device was referred to as the Nexus 7 by LG which is expected to be launched this year. Since Google already sells a Nexus 7 tablet, it is likely the smartphone will be called the Nexus 5 2015 edition. The smartphone is expected to be launched in Q3, 2015.