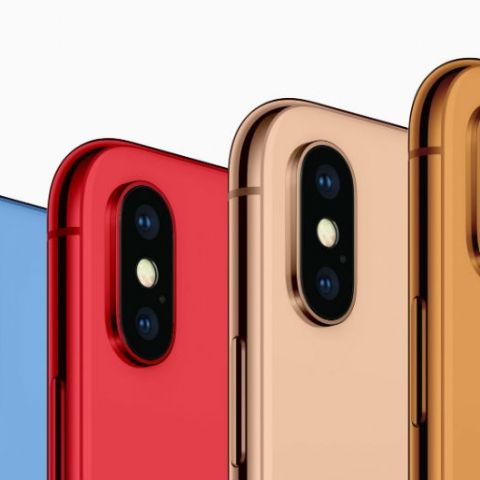 The Apple analyst said the company will launch the cheapest iPhone X in grey, white, blue, red and orange colours.

A few years ago, Apple launched iPhone 5C and the most exciting feature of the phone was the colour options in which it was available. The Cupertino-based giant is now likely to use the same tactic to reportedly avoid the repetition of last year’s fall in iPhone sales, including of the iPhone X which saw its production reduced to 8 million units in Q2 2018 (from 20 million in Q1) due to its hefty price tag. According to a report, famous Apple analyst Ming-Chi Kuo has claimed that the entry level 6.1-inch 2018 edition of the iPhone will launch with a number of colour options.

Kuo, in a report, said that the 6.5-inch iPhone will be offered in and white and a new gold colour, while the 6.1-inch LCD iPhone is expected to launch in grey, white, blue, red and orange colours. The report adds to the analyst’s previous predictions in which he claimed that Apple will launch three iPhone models this year with an “aggressive” pricing to boost sales.

Last month, some renders were leaked, showing Apple’s upcoming 6.1-inch LCD iPhone in a protective case made by third-party case maker Ghostek. The renders showed that the phone has a full screen 6.1-inch display without the home button and Touch ID. The presence of a notch meant that this particular phone will have Apple’s TrueDepth system for Face ID. The alleged 2018 LCD iPhone also appears to be wider than the current the iPhone X. On the back, the renders showed that the phone will have a single-lens camera.

Kuo had also claimed that the 6.5-inch OLED iPhone X will use dual SIM technology, but the same may not be made available on the 5.8-inch OLED variant of the new iPhone. According to him, the dual-SIM variant of the iPhone will help increase Apple’s market share in China and other commercial markets.