The laptops are offered with a choice between 8th or 7th Generation Intel Core i7 processors, support both HDD and SSD and come with DDR4 RAM. The higher-end models are also equipped with discrete Nvidia GPU. 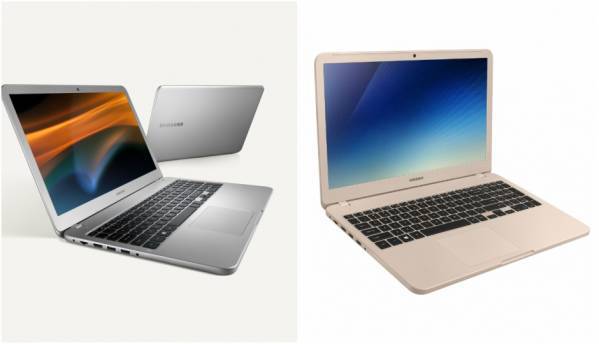 Samsung has launched its latest Notebook 5 and Notebook 3 series of laptops in Korea. The devices are targeted at users who want a laptop for general, everyday use and will be available in Korea later this month, followed by a global shipping in Q2 this year. The Samsung Notebook 3 will be available in 15.6-inch and 14-inch display models and in Misty Gray, Night Charcoal, Deep Peach, and Pure White colours, whereas the Samsung Notebook 5 comes only in a 15.6-inches display variant, in a Light Titan colour.

Coming to the hardware, all the three laptops come with two processor options, one with an 8th Generation Intel quad-core processor and another with a 7th Gen Intel dual-core CPU. They all support DDR4 type memory, an SSD + HDD configuration, and are powered by a 43Wh battery. The 14-inch Samsung Notebook 3 features a 720p display and integrated graphics, whereas its 15.6-inch variant will be available in a full HD and a 720p display, depending upon what processor one chooses, but both options are supplemented with a 2GB Nvidia MX110 GPU. The Samsung Notebook 5 features a 15.6-inch full HD display and is equipped with a 2GB Nvidia MX150 GPU. All the laptops sport a VGA camera as well.

YoungGyoo Choi, Senior Vice President of the PC Business Team, Mobile Communications Business at Samsung Electronics says, “When developing the Notebook 5 and Notebook 3, we wanted a device that balanced style with powerful functionality. These devices designed for everyday use and premium computing experiences are the result of our on-going commitment to carefully listening to our customers and their needs.”

Samsung had last announced its Notebook 9 Pro series of high-end laptops. The range features a 360-degree hinge, which is similar to the Lenovo Yoga series and includes the company’s S-Pen, which slides out from a dedicated slot at the bottom of the laptop. Using Samsung’s Air command software and the S-Pen, a user can draw and edit via productivity tools. The S-Pen is also compatible with Windows Ink and the company says that it supports 4,000 pressure levels and can detect tilt shading as well.

The Notebook 9 laptop range comes in a 13.3-inch and 15.6-inch screen sizes, and are powered by 7th Gen Intel Core i7 processors. Both models support up to 256GB SSD and the smaller 13.3-inch model features 8GB RAM, whereas the larger variant comes with 16GB RAM. The 15.6-inch model is also shipped with AMD’s Radeon 450 GPU. You can read more about the laptops here.