MSI is entering the business laptop market with the introduction of new series aimed at enterprises with focus on high performance, enterprise-grade security and clean aesthetics. The MSI Summit, Prestige and Modern series will together make up MSI's new business laptop range. The Prestige and Modern series have been around for a while and were also catering to the needs of creative professionals. Now, all three series have been brought together under the same umbrella. The Summit Series are the first from MSI to feature Intel Tiger Lake processors with Intel Xe graphics. 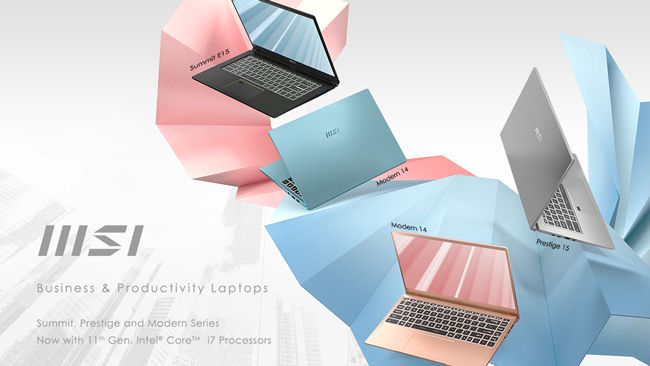 MSI's new Summit series has been introduced to meet the growing needs of the work-from-home movement that has taken the world by storm with the Covid-19 pandemic. The Summit series will sport enterprise security solutions such as TPM 2.0, fingerprint reader, SD Card lock, IR camera and several more hardware based security mechanisms.

The Summit series itself has two line ups. One being the Summit E Series which is geared towards creators and professionals in the media creation business, whereas Summit B Series is powered by Intel Xe Graphics and is more suited for enterprise folk.

Intel recently announced a rebranding of their brand and introduced the new EVO Platform which can be termed as Athena 2.0. EVO laptops offer instant wake in under 1 second, quicker login, faster Wi-Fi thanks to Wi-Fi 6 and more. The Prestige 14 Evo is MSI's first laptop to be Intel EVO certified. 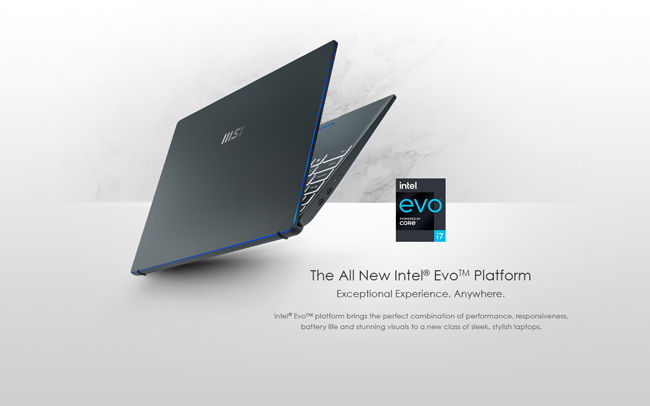 Also announced in today's even is the MSI Stealth 15M which MSI terms as the world's thinnest 15-inch gaming laptop. The Stealth 15M is powered by an 11th Intel Gen processor and GeForce RTX 2060 or GTX 1660 Ti discrete graphics card. It has a thickness of 15.95 mm and weighs 1.78kg. It's one of the first laptops from MSI to incorporate PCIe 4.0. 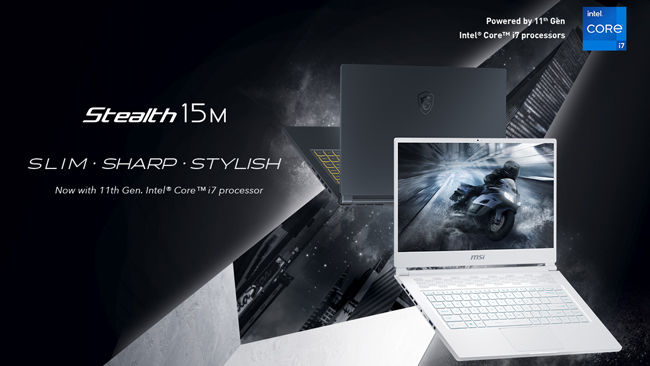 Here's the complete list of MSI Summit, Prestige, Modern and Stealth laptops announced today. First, we have the Summit E and B series of laptops powered by Intel Tiger Lake 11th Gen processors.

Then there's the Modern series which are powered with 11th Gen Intel Core processors and NVIDIA MX450 graphics.

And lastly, we have the Stealth 15M thin gaming laptop.