The Micromax Canvas Lapbook is a 11.6-inch netbook will feature a quad-core Intel Atom processor, 2GB of RAM and 32GB of internal storage. It will comes with Windows 10 and will be priced at Rs. 13,999 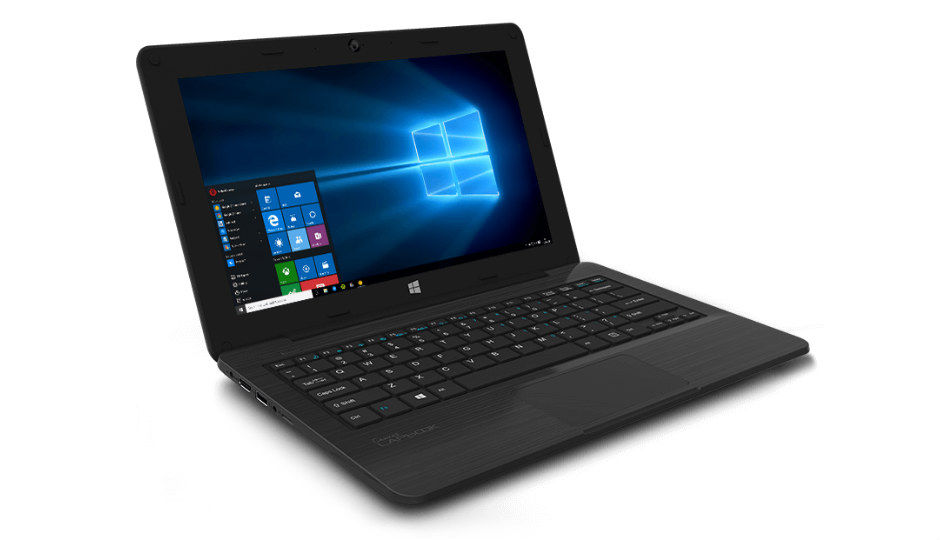 Micromax has today launched the Canvas Lapbook on Snapdeal, marking its debut in the netbook category. The Windows 10 powered device is being targeted towards the youth in Tier II and Tier III markets. Priced at Rs. 13,999, the company is aiming to disrupt the laptop segment and hopes to achieve a 10 percent market share within the next 12-18 months.

Having previously launched the Canvas Laptab in May, Micromax has made its foray into the clamshell laptop category with the Canvas Lapbook. The device has a 11.6-inch IPS display with a resolution of 1366X768 pixels. It is powered by an Intel Atom Z3735F chipset with quad-core processor (up to 1.83GHz) and 2GB of DDR3 RAM. It comes with 32GB of eMMC flash memory, that is expandable up to 64GB via a microSD card slot. The netbook features WiFi 802.11b/g/n, Bluetooth 4.0, two USB 2.0 ports, and an HDMI port as well. There is also a VGA resolution front camera. The 5000mAh battery can provide approximately 11 hours of backup.

Speaking on the launch, Micromax Chief Marketing Officer, Shubhajit Sen said, “With Canvas Lapbook, we have addressed a very important need of affordable computing, in line with the PM’s Digital India initiative, aiming to connect the next billion with our power packed device.” Micromax has partnered with Microsoft to provide genuine Windows 10 OS on the Canvas Lapbook. Sharlin Thayil, Group Director (OEM) of Microsoft India said, “Globally, over 110M devices are running on Windows 10 already. Having the opportunity to collaborate with ecosystem partners such as Micromax will help us further accelerate this momentum. We are excited about the launch of Canvas Lapbook & Canvas Laptab LT777 as together with Micromax it enables us to make newer technologies more accessible.”

Micromax has also announced the second generation of the Laptab. Dubbed the Canvas Laptab LT777, the device features an 11.6-inch touch display, multi-angle docking, 8-10 hours of battery backup, and will come pre-installed with Windows 10. It has been priced at Rs. 17,999 and will go on sale from October 13, exclusively on Amazon.