Hands-on with the HP ENVY x360 convertible laptop: a true thin and light

HP has yet another x360, and this time, it’s an ENVY. The new thin and light convertible will go on sale from November this year with a starting price of Rs 60,990. Hands-on with the HP ENVY x360 convertible laptop: a true thin and light 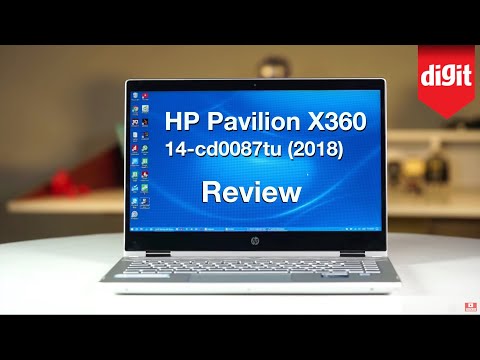 Adding to its ENVY line of thin and light laptops, HP launched the new ENVY x360 in India today. The ENVY x360 13, as the name suggests, is a 13-inch convertible laptop that sits between the two existing x360 models from HP—the original Spectre x360 and the relatively new Pavilion x360, whose reviews can be found here and here respectively. 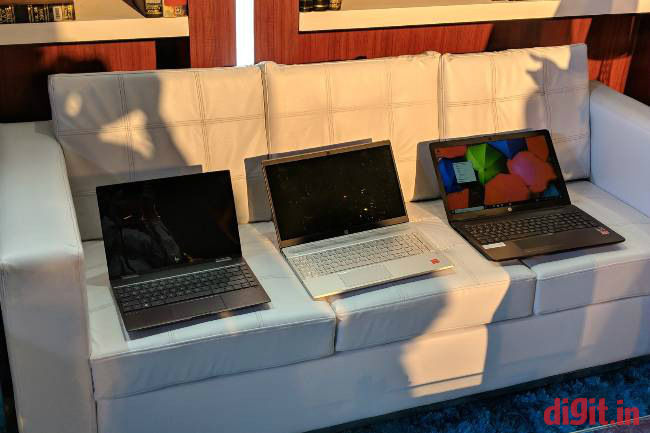 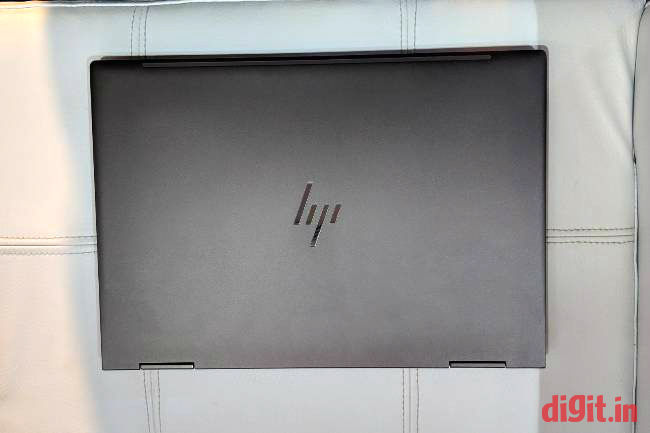 HP claims it has plans of launching a more sophisticated variant of the ENVY x360 next year with an AMD Ryzen 7 processor and a 4K display when it feels the market is ready for thin and light laptops with six-digit price figures. In its Dark Ash Silver colour, the ENVY x360 shows off a Damascus steel pattern along the display hinge and ‘angular’ edges all around. The convertible laptop also features Corning Gorilla Glass NBT protection on the screen and speakers tuned by Bang & Olufsen. At the launch, HP also introduced the HP Command Center, a utility pre-installed on the Windows 10 that comes with the ENVY. The utility allows the users to optimise system performance, fan noise, and temperature using HP’s CoolSense technology. 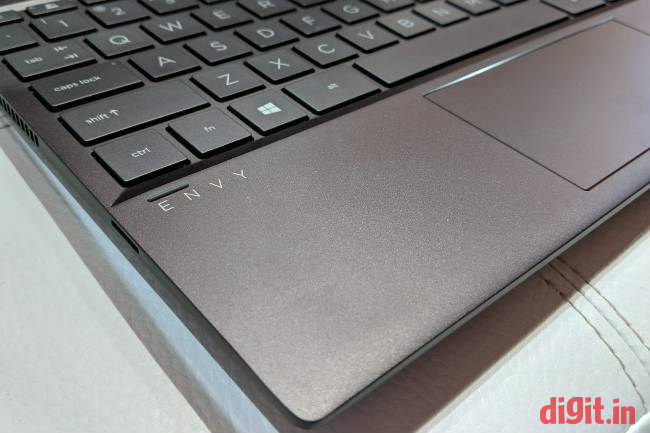 Keys have only 1.3mm of travel but feel good to type

From the few minutes I got to spend with the ENVY x360, I could tell that it was veritably a thin and light laptop—it was extremely light to lift and carry around. The device appeared slim enough for small backpacks and tote bags. I noticed a single USB port, a 3.5mm audio jack, and a microSD card reader on the left side. On the right I saw another USB port, a USB Type-C port, and the charging port. One of the product managers on the floor informed me that the device is capable of being charged via the USB Type-C port.

Ports on the right include USB-C

Ports on the left include microSD card reader

Expecting the typing experience from a keyboard having only 1.3mm of key travel to be somewhat underwhelming, I began tapping on the ENVY’s keys only to proven pleasantly wrong. The typing experience felt akin to that of the Lenovo Yoga 730, whose review can be found here. On the face of it, the HP Command Center utility seems like bloatware no one asked for, but only a full review of the laptop will tell us if it’s really useful. A review will also tell us whether the charging cable included features the regular charging pin or a USB Type-C connector.