Google today unveiled a new Samsung Chromebook, which is now available for pre-order for $249. 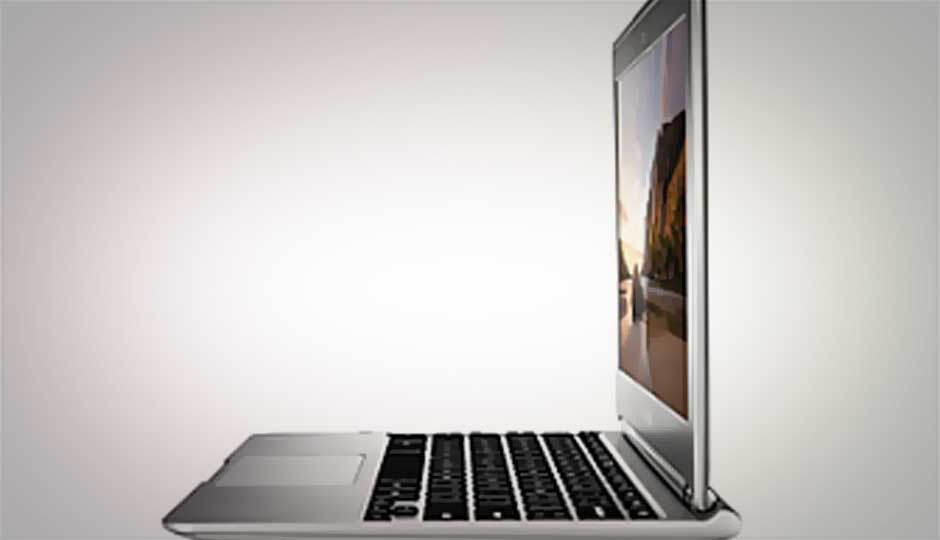 Google today unveiled a new Samsung Chromebook, which is now available for pre-order for $249.

Chromebooks made their debut in May 2011. They tap into the cloud, allowing you to sign in with your Google account and start working no matter which Chromebook you fire up. The Series 5 Chromebook 550 was released earlier this year for $549.99, and PCMag found it to be "an attractive package that does what it sets out to do." But for the same price, we noted, "you can get an inexpensive Windows laptops that stores more and is useful even when the Internet isn't available."

"In order to have one, two or more computers around the house, they need to be easy to use and much more affordable. So together with Samsung, we designed a new laptop—the new Samsung Chromebook for $249—the computer for everyone," Sundar Pichai, senior vice president for Chrome & Apps at Google, wrote in a blog post.

Pichai promised a 10-second bootup and instant resume. "High-resolution videos (in 1080p) are beautiful to watch and when using the touchpad, you'll notice smooth scrolling due to a hardware-accelerated user interface," he wrote.

The Samsung Chromebook is now available for pre-order online via Amazon, Best Buy, PC World, and other retailers. It will be in 5,000 Best Buy stores in the U.S., 30 PC World and Currys stores in the U.K., and on Google Play next week.