It's that time of the year when we award the prestigious Digit Zero1 award to the mainstream laptop with the best performance out there. Let's take a look at our nominees for this year. 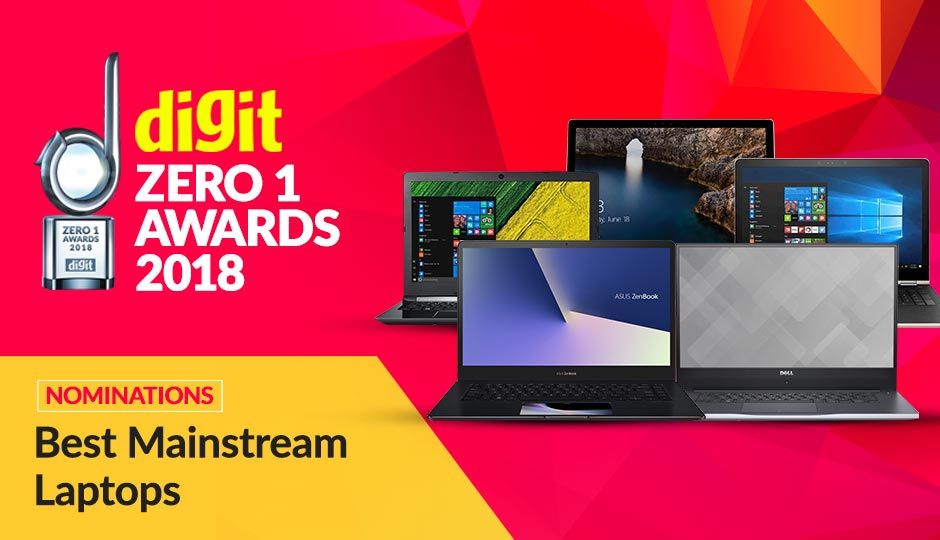 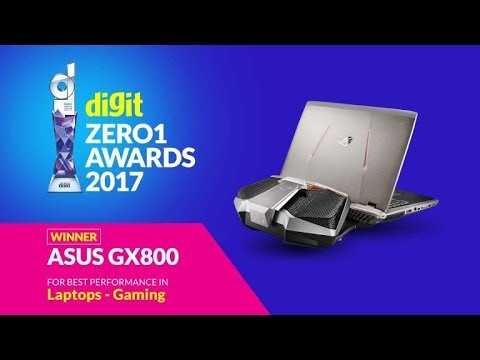 While Acer sells the Aspire 5 with a Core i7 CPU in other markets, it sells it in India with only an eighth-generation Intel Core i5 CPU. RAM is a strong 8GB. Storage is taken care of by a 1TB hard drive working in conjunction with the 16GB Intel Optane memory that’s on-board. The Aspire 5 employs an NVIDIA GeForce MX130 GPU with 2GB of GDDR5 video RAM to render graphics on the 15.6-inch Full HD display. Its specs seem strong but are they strong enough to beat the competition and take home a Digit Zero1 award? We’ll have to wait to find out. Click here to buy.

The Asus ZenBook Pro carves out a niche for itself with its innovative ScreenPad feature. But that’s not all; it’s also got a staggeringly impressive powertrain under the hood: an eighth-generation Intel Core i9 CPU, 16GB of RAM, and a Samsung 1TB PCIe-based solid-state drive. Graphics is handled by an NVIDIA GeForce GTX 1050 Ti graphics card with 4GB of GDDR5 video RAM. Will all this power translate to a Digit Zero1-award win? We’ll soon find out.

The Dell Inspiron 7572 comes with very subtle looks on the outside but has mean specs on the inside. It’s got an eighth-generation Intel Core i7 CPU, 8GB of RAM (with the option to upgrade to 16GB after purchase), and dual drives: a 128GB solid-state drive along with a 1TB hard drive spinning at 5400 rpm. Graphics is taken care of by an NVIDIA GeForce MX150 GPU with a surprising 4GB of GDDR5 video RAM. Will this be enough to trump the others and bag a Digit Zero1 award? Let’s wait and watch.

The HP Pavilion x360 is a convertible model that represents HP’s mainstream laptop line. Apart from a 14-inch touchscreen display that folds all the way back, it’s got an eighth-generation Intel Core i7 CPU, an odd maximum of 12GB of RAM, and 512GB of storage on a single PCIe solid-state drive. Graphics is handled by an NVIDIA GeForce MX130 GPU with 4GB of video RAM. Its specs are definitely impressive for a convertible laptop, but can it take on the others in our evaluation chart and take home a Digit Zero1 award? Let’s wait and see what happens. Click here to buy.

The 15-inch Microsoft Surface Book 2 is yet another convertible that’s also in the mainstream category because of its specs. Microsoft has been late to launch it in India but that shouldn’t stop it from aiming for the Digit Zero1 award. On the inside it’s got an eighth-generation Intel Core i7 CPU with four cores, 16GB of RAM, and 512GB of solid-state storage. Graphics is taken care of by an NVIDIA GeForce GTX 1060 GPU with 6GB of GDDR5 video RAM. Do you think that’s enough to take on the competition for a Digit Zero1 award? Let’s wait for the results. Click here to buy.