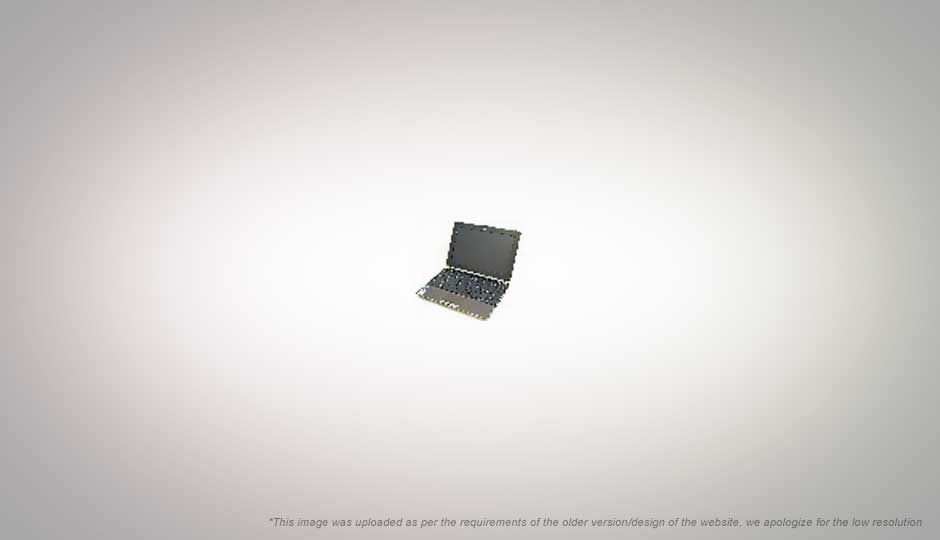 The ASUS EeePC has always been associated with chunky PC’s that seemed to be one step below a Laptop and a few above a Mobile. ASUS is now trying to change that reputation with the launch of their new EeePC S101 Netbook.

With sleek looks and slender curves, this one is a pleasure to look at. A welcome change to the previous models, which seem more like carefully carved bricks. This one is around 26mm height at its max near the back. It comes with a comparatively large keyboard making for a less strained typing experience, even the touchpad is of a generous size; it however has only one button, which acts as both the right and left mouse buttons depending on which side is clicked.

The netbook is based on a 1.6GHz Intel Atom N270 chipset like its predecessors, with a gigabyte of RAM. The netbook has a 10.2 inch screen with a native resolution of 1024x600. It also has integrated Bluetooth and Wifi, 3 USB ports, an SD card reader and a webcam. With all this it weighs just over 1kg.

It comes with the option of either Xandros Linux or Windows XP, with the Linux model having a 32GB SSD hard drive, while the Windows version splits this capacity over a 16GB SSD hard disk. However with the Windows XP model you also get a 16GB SD card, so overall you get the same storage capacity either way.

With a classy design, which doesn’t compromise on features, the ASUS EeePC S101 clearly shows that even netbooks can be stylish objects, rather than just minimalist laptops for the budget conscious.