The EeeBook X205, unveiled at the IFA 2014, has been officially launched in India. The 11.6-inch Windows 8.1 notebook weighs less than 1Kg, which is supposedly lighter than many 11-inch notebooks in the market. 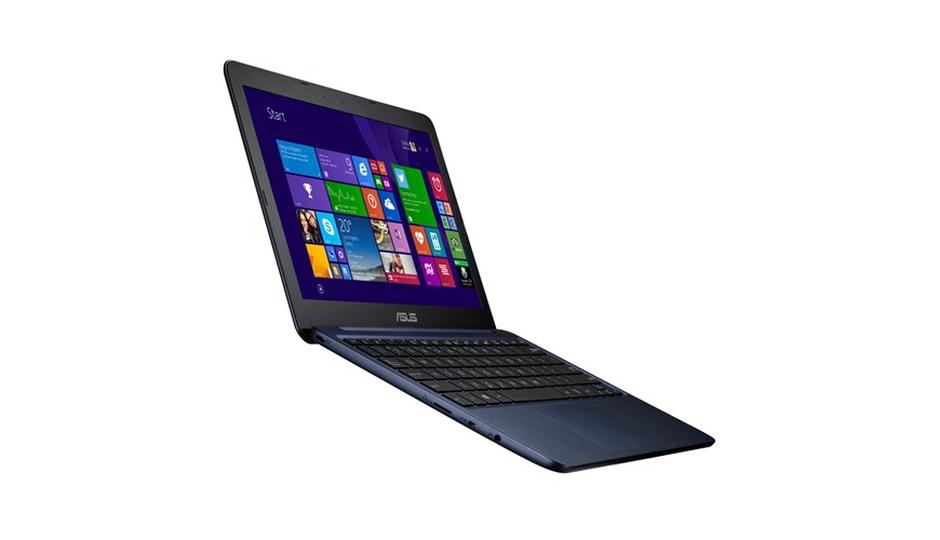 Asus has officially launched its EeeBook X205 laptop in India. Priced at Rs. 14,999, the laptop is available from today on Flipkart and exclusive Asus stores.

The Asus EeeBook X205, unveiled at the recent IFA event, features a 11.6-inch display. The laptop weighs less than 1KG, lighter than many 11-inch notebooks in the market. It measures 17.5mm.

The Asus EeeBook X205 runs Windows 8.1 and is powered by Intel Bay Trail-T quad-core Z3735 1.33GHz processor along with 2GB of RAM. The laptop comes with 32GB eMMC storage, VGA web camera and a card support for additional storage.

Connectivity options include Bluetooth 4.0, Wi-Fi and USB. Asus says the laptop delivers 12 hours of battery back up on web browsing, 13 hours music playing and 11 hours on video playing. It comes with two front facing speakers.

Check out full specifications of the Asus EeeBook X205: