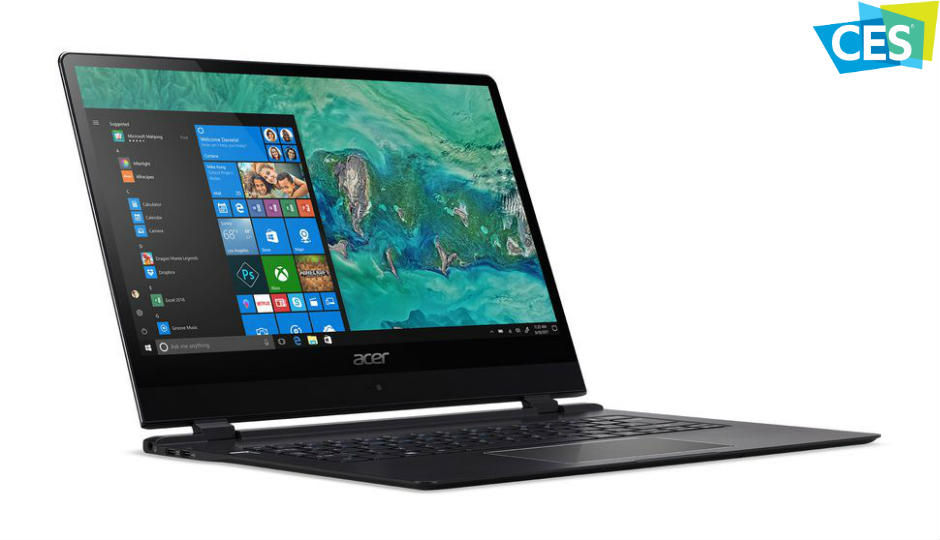 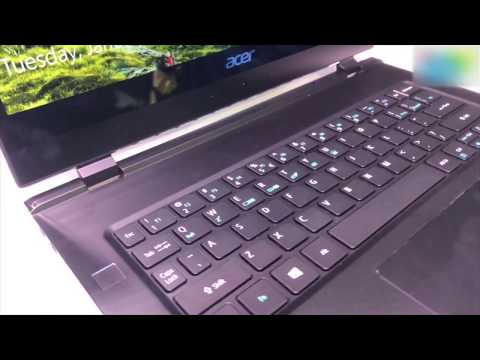 At CES this year, Acer has taken the covers off of its all-new Swift 7 and Nitro 5 Gaming laptops. The new Swift 7 laptop takes back its crown for the thinnest laptop available today as the machine is just 8.98mm thick. The design of the laptop has been completely updated from last year and the thinner bezels on the sides and top are much welcomed.

While the design looks good, the hardware inside the Acer Swift 7 is still last gen as the laptop is powered by a 7th gen Intel Core i7 processor. You get 8GB of LPDDR3 RAM and a 256GB PCIe SSD storage. That said, Acer is announcing an LTE version of the machine as well. The Acer Swift 7 is using Intel’s new built-in XMM modem. The Acer Swift 7 also support nano-SIMs as well as extends support for the e-SIM technology.

Jerry Kao, President of IT Products Business of Acer Inc, said, "We're extremely proud to make the world's thinnest laptop even thinner with the new Swift 7. Building on the engineering breakthroughs from the previous generation, the new Swift 7 steps up the game with an even slimmer chassis, powerful performance and always-on 4G LTE connectivity for professionals on the go."

The Acer Swift 7 has an all aluminum chassis and sports a 14-inch Full HD resolution. With a starting price of $1699 (Rs 1,07,700 approximately), the Acer Swift 7 will be going against the likes of the Dell XPS 13 (2018) and the Lenovo Yoga 920. Both of which are powered by a newer Intel processors and are available with higher resolution touch-screen displays.

Acer also announced an all-new variant of the popular Nitro 5 Gaming laptop along with the Swift 7. The new machine is powered by an AMD Ryzen mobile processors and features Radeon RX560 graphics. The laptop now come with 32GB DDR4 RAM and uses a single 512GB SSD for storage. The display is again a 15.6-inch IPS LCD display and we expect it to be a 60Hz panel, like the current gen variant. The design of the laptop has also been altered as the laptop now has a mesh carbon fiber pattern instead of the brushed aluminum look. 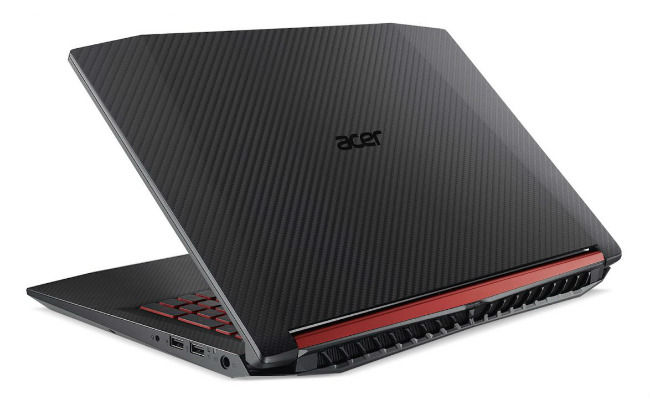 The laptop however still misses out on a fingerprint scanner or a Windows Hello enabled camera. The Acer Nitro 5 Gaming (AMD) will be available in April at prices will start at $799 (Rs 50,650 approximately)

Another laptop announced by Acer is the new Acer Spin 3, which unlike the Swift 7 does come with an 8th gen Intel Core processor. It has a 15.6-inch display in a smaller 14-inch chassis, thanks to thinner bezels. Acer hasn't released all the details about the Spin 3, but prices start at as low as $599 and the laptop will be available in the market by February 2018. 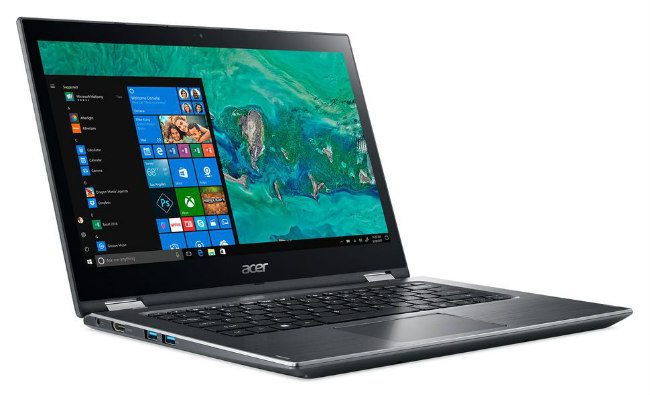