Acer has announced availability of two Windows 7 devices in India – the Iconia Dual Screen notebook, and the Iconia Tab W500 10.1-inch tablet laptop. Both devices were recently introduced to the world at CES 2011, and their base models are priced at Rs. 6 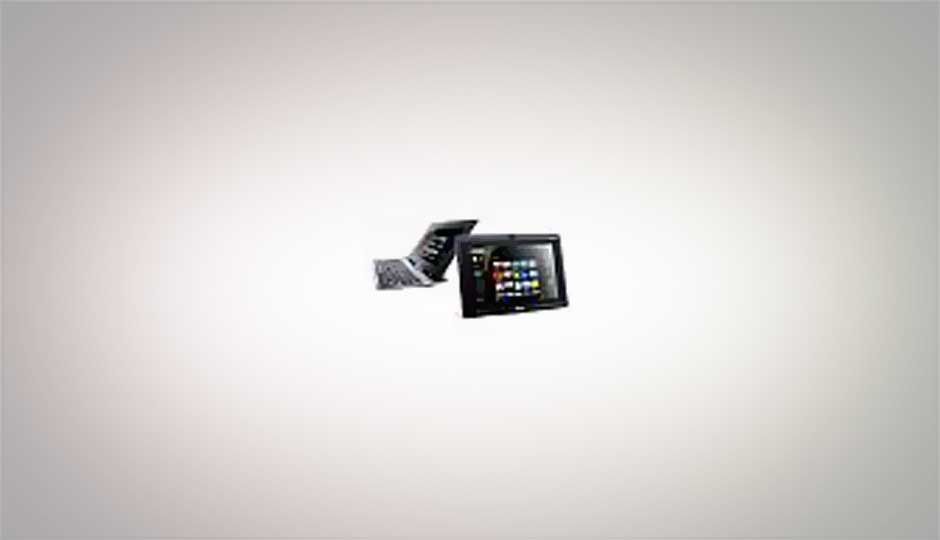 Acer has announced availability of two Windows 7 devices in India – the Iconia Dual Screen notebook, and the Iconia Tab W500 10.1-inch tablet laptop. Both devices were recently introduced to the world at CES 2011, and their base models are priced at Rs. 69,999 and Rs. 32,499 respectively.

Acer also introduced the Iconia Smart A300 smartphone-tablet hybrid, which runs on Android 2.3 Gingerbread. It has an extra large Streak-like 4.8-inch screen, with a 16:9 aspect ratio (1024x480). It comes with an 8MP autofocus camera, capable of 720p HD video recording. The A300 has 8GB built-in storage, expandable up to 40GB with a microSD card. It is powered by the new 1GHz Scorpion CPU in the MSM8255 chipset, including an Adreno 205 GPU. The phone is expected arrive only by the end of June, and so far, no pricing has been fixed.

The dual screen notebook has an integrated CrystalEye webcam (1280x1024 resolution) and microphone, 802.11b/g/n Wi-Fi and Bluetooth 3.0 HS, as well as integrated 3G WWAN and gigabit Ethernet. The unique form factor required a new type of UI, and what the company calls the Heart of Iconia, or the Acer Ring Control Interface. Navigation and touchscreen elements are controlled by a ring on the bottom screen, activated with five fingers in a circular pattern. The ring draws up native apps, widgets and settings, apart from a virtual keyboard.

The Iconia Tab W500 is a 10.1-inch (1280x800) tablet that runs Windows 7 Home Premium 32-bit and the Acer Ring Control Interface. It is powered by the AMD 1GHz Fusion C-Series Processor C-50, a AMD Radeon HD 6250 card with 256MB video memory, and 2GB DDR3 RAM. It has a 32GB SSD for storage onboard. The W500 comes bundled with a portable keyboard, converting it into laptop-hybrid. It has the full range of ports, including Ethernet and USB 2.0, and also supports Bluetooth 3.0, GPS, and in some models, even GSM-based 3G connectivity. Weighing in at 970 grams, it has an integrated 1.3MP web-cam onboard. 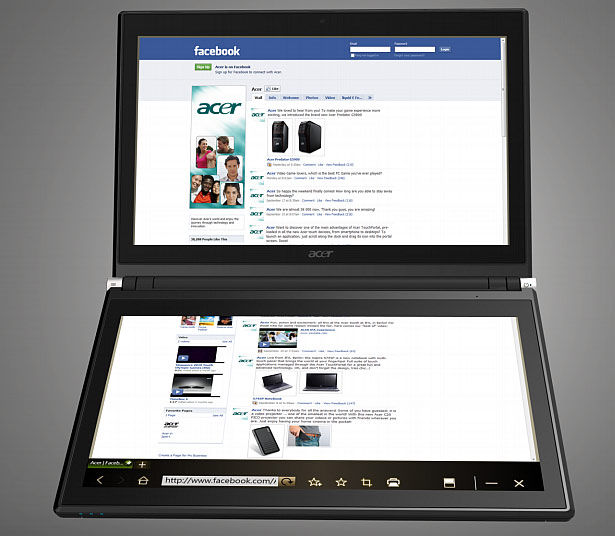 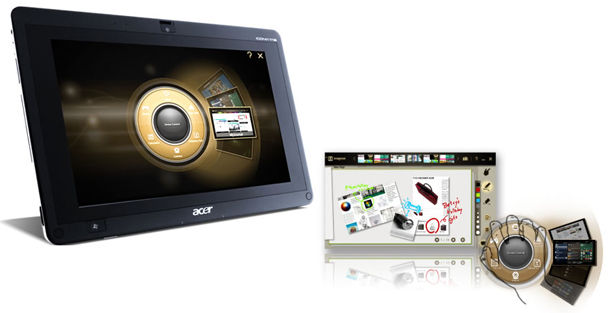