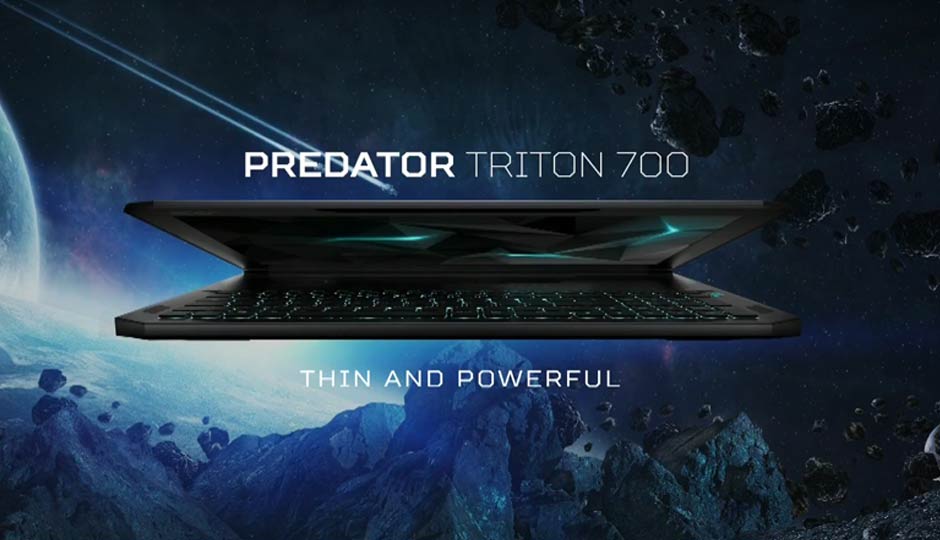 The Predator Triton 700 aims to bundle best-in-class components while striking the right balance of size and performance without sacrificing thermals, features or rigidity. At just three-fourths of an inch in height and with a weight of 2.6kg the Predator Triton 700 is noteworthy for the hardware it manages to bundle in its aluminium chassis. It houses a 15.6-inch full HD IPS display, is a standard-voltage 7th Generation Intel Core processor, NVIDIA GeForce 10-Series graphics cards, two NVMe PCIe 1 SSDs in RAID 0 configuration and up to 32GB of DDR4 2400MHz memory. 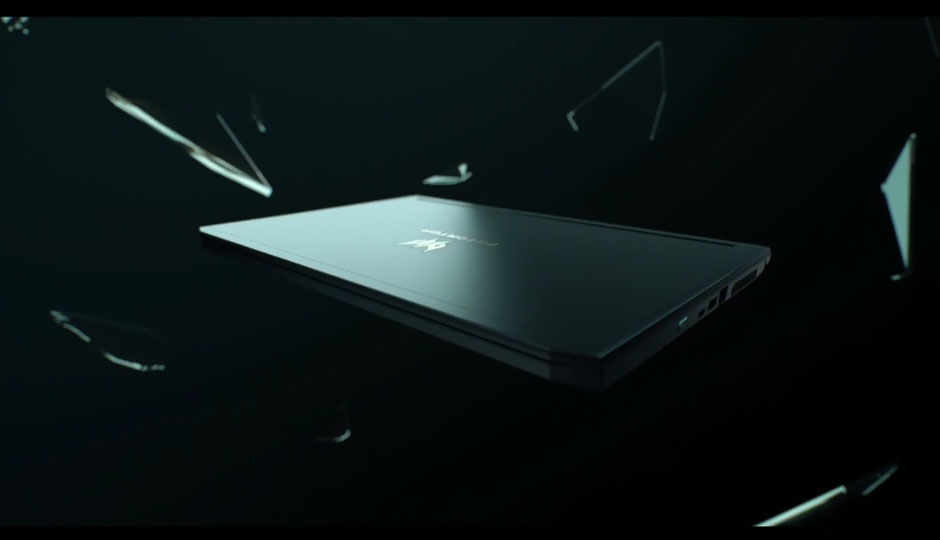 The Triton 700 features a mechanical keyboard, with individually programmable RGB backlit keys. There is a large Gorilla Glass plate above the keyboard which functions as a window into the notebook’s cooling system, showcasing the AeroBlade™ 3D Fan and five heat pipes, and also functions as a touchpad. 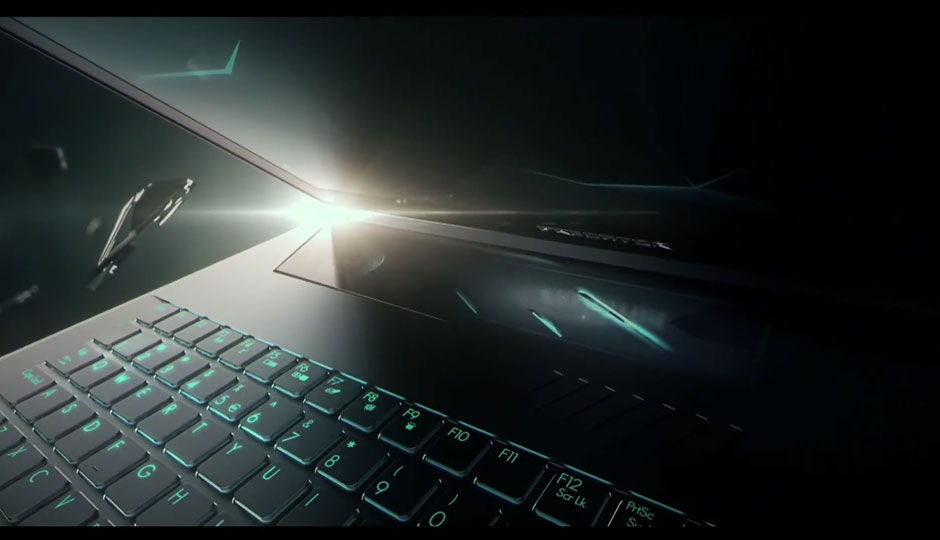 The Predator Triton 700 features top of the line connectivity as well. For example Killer DoubleShot Pro networking and Thunderbolt 3. The Killer tech is supposed to smartly detect the fastest available connection (Ethernet or Wireless) and send all high priority gaming traffic over that interface, while standard traffic is routed over the other. Thunderbolt 3 is supposed to provide speeds up to 40 Gbps and dual 4K video output. The Predator Triton 700 also includes two USB 3.0 ports (featuring power-off USB charging), one USB 2.0 port, an HDMI 2.0 port, one DisplayPort connector and a Gigabit Ethernet. 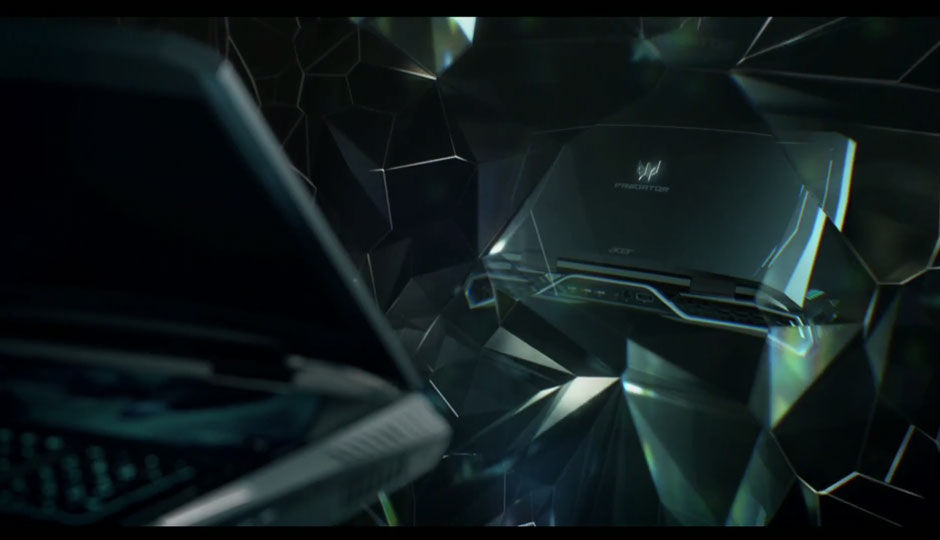 At the launch event, Acer released these benchmark numbers comparing the Triton 700 with some of the top models of the competition. 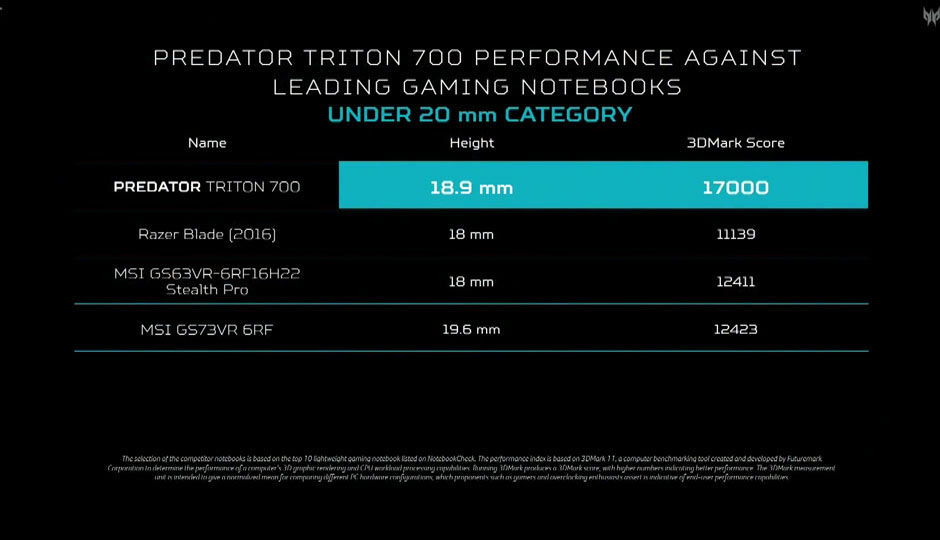 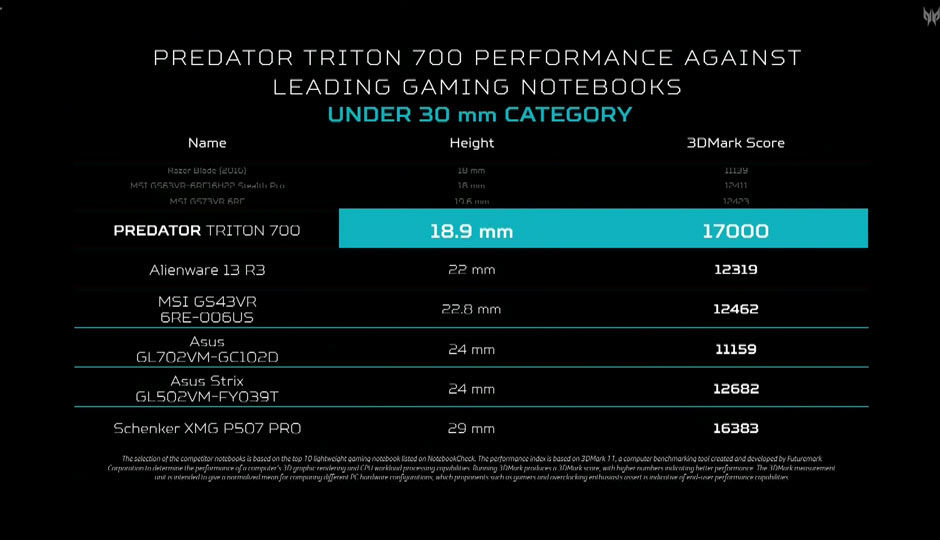 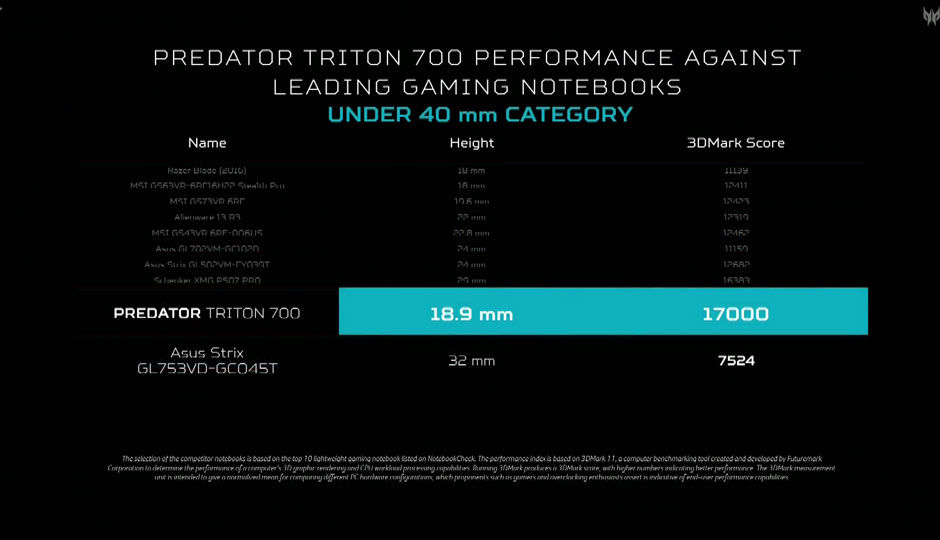 The Predator Triton 700 gaming notebook will be available in North America in August starting at whopping $2,999 (directly converted to Rs. 1,92,310). No word on Indian pricing or availability yet. Stay tuned for more updates.