Yesterday, Acer launched a new range of products for utilizing some of the hottest concepts today, 3D, and multitouch. Their new products include notebooks, Projectors, and all-in-one PCs. 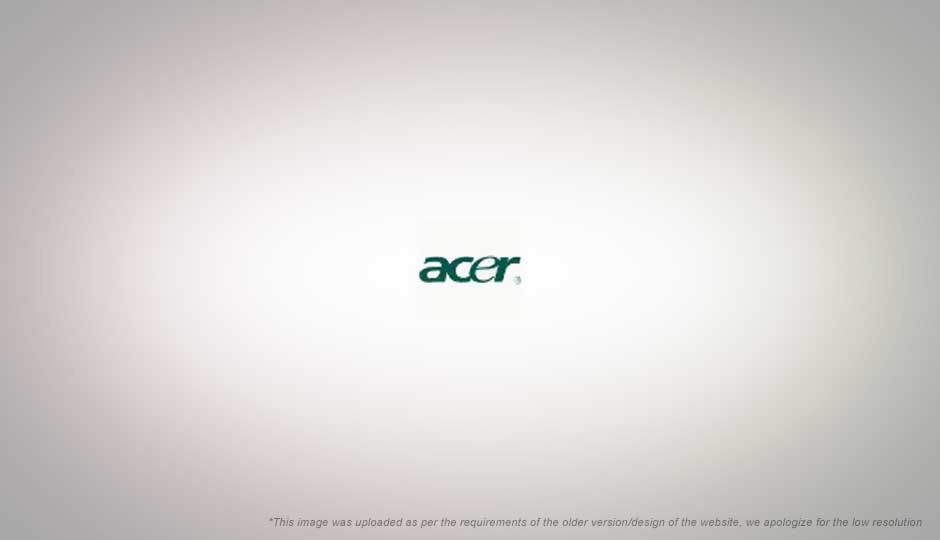 Yesterday, Acer launched a new range of products for utilizing some of the hottest concepts today, 3D, and multitouch. Their new products include notebooks, Projectors, and all-in-one PCs.

In their multitouch segment is a new Acer Aspire 5738PzG series notebook which comes with a large 15.6" multitouch screen, and comes with Windows 7 to make full use of the feature. The laptop is priced at Rs. 43,500 excluding taxes.

Another interesting product they have launched which used multitouch, is their new Aspire 5600 series All-in-One (AIO) PCs. The AIO comes with a full 1080p HD enabled 23" multi-touch screen, with a powerful configuration: a Intel Core 2 Quad processor 2.33GHz (Q8200), 4GB of RAM, a 1TB HDD, and a 512MB graphics card.

The AIO PC will also come with an inbuilt DVD RW, and TV Tuner. Loaded with Window 7 Home Premium and a suite of Acer application to help ease users into their new touch environment. The series is priced at a starting point of Rs. 60,000 excluding taxes.

The new notebook uses a combination of a special 3D "coating" on the screen, and polarized glasses to bring you a 3D experience. It will also come with a software which will allow it to display videos, images, and games in 3D. The notebook is HDTV ready and comes with a connector which will allow it to be used with an external screen -- although you will in most certainty lost he 3D functionality in this case. The notebook will also come with 4GB memory, and an option of either a dual-core Pentium, or a Core 2 Duo processor. The netbooks will start at a price of Rs. 43,000 for the Aspire 5738DzG.

The new X1261 porjector showcases "2500 ANSI Lumens brigtness, a contrast ratio of upto 3700:1 a native XGA resolution & a lamp life of upto 4000 hours." It is capable of displaying 3D images by projecting both right-eye and left-eye images which can then be viewed using an appropriate 3D glasses to get a 3D effect.