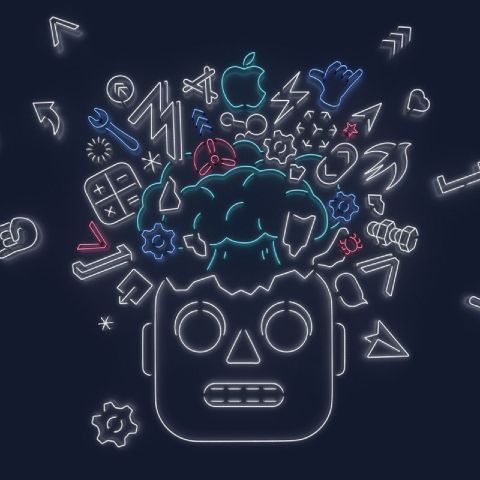 Apple will hold its Worldwide Developers Conference at its Cupertino campus in California to give a peak into what’s in store for Apple products this year. WWDC is when Apple releases its annual refreshes of operating systems for its range of products. We expect new versions of iOS, macOS, watchOS and maybe some new hardware as well. Apple also hosts important workshops and development sessions with thousands of attendees.

The opening keynote session will be held at the McEnery Convention Center in San Jose, California and is expected to start from 22:30 IST on Monday. You can catch the livestream on Apple's Events page in the official website which can be viewed on both Apple and non-Apple devices using the standard browsers. Here’s what to expect from WWC 2019 —

Apple is expected to release the next-generation iOS, most likely to be named iOS 13 for iPhone and iPads. There are quite a few rumours around the upcoming version. Dark mode, for one is highly anticipated. It’s already present in macOS Mojave and might finally become a reality for iPhones and iPads as well. Having a dark mode will not only help the eyes, but also cut down on power consumption. There could also be a new Sleep Mode feature that mutes incoming notifications and reduces the lock screen brightness.

Along with that, there could be the expected revamps of Mail, Messages, Reminders and Health along with bug fixes and speed boosts.

Apple is expected to make people consider it’s “What’s a computer” slogan more seriously. The iPad is expected to get several new features that might make the experience using the tablets close to that of a PC. There could be support for mouse along with a keyboard, and the ability to display multiple windows in a tab view. Improvements to multitasking is also expected by allowing display of two windows of the same app side by side. The Files app could be further improved with gestures for undo/redo, selecting multiple items, etc. Lastly, a much-needed improvement to Find my iPhone app is reportedly on the works.

Alongside the OS for iPhones, Apple is also expected to release the refresh to macOS, called macOS 10.15 at WWDC. There isn’t much known about the upcoming update but we might finally see the Apple’s universal apps in action. The aim is encourage developers to make a single app that will work across platforms on both iPhones and Macs. This could likely be another big boost towards Apple’s new focus on services as tightly integrating apps for PCs and smartphones which might lead to more apps for Macs and less work for the developer himself.

Let’s admit it. Standing at 2019, the iTunes app is perhaps the least favourite Appleware. The all-in-one app for music, podcasts, movies and books is now an aged concept. And Apple is likely to dismantle the app to create separate apps for music, podcasts and books, alongside the new TV app for Macs that’s reportedly in the works.

Using iPad as an external display

The iPad might get the ability to be used as an external display for MacBooks and iMacs with support for window snapping, Siri shortcuts and more. Screen Time for iPads is also expected to come this year. If Apple is able to pull off the display mirroring on iPads without a hitch, this could become yet another reason to check into the Apple ecosystem as a similar feature is not available on Windows yet.

New versions of tvOS and watchOS are also expected, but they are expected to be minor updates, save for a few exciting features. watchOS 6 might bring a overhaul of the operating system with the introduction of its own app stores which will let users download apps directly from their wrists. Apple is also expected to introduce a “Dose” app as reminders to take your meds as well as a “Cycles” to track menstrual cycles. Apart from that, calculator, voice memos, audiobooks, animojis are expected to be introduced to the Apple Watch. New watch faces including two extra-large faces showing things in jumbo fonts. There will be a “California” dial to imitate the looks of a classic watch but with a mix of Roman and Arabic numerals along with a watch face that looks like a sundial.

Like every year, this time too there’s buzz around Apple announcing new hardware at WWDC. Well, Apple has been working on a high-end Mac Pro for a long time now and WWDC might be a good time to showcase what the Mac Pro will offer. But it’s still iffy whether Apple will eventually any new hardware at the event.