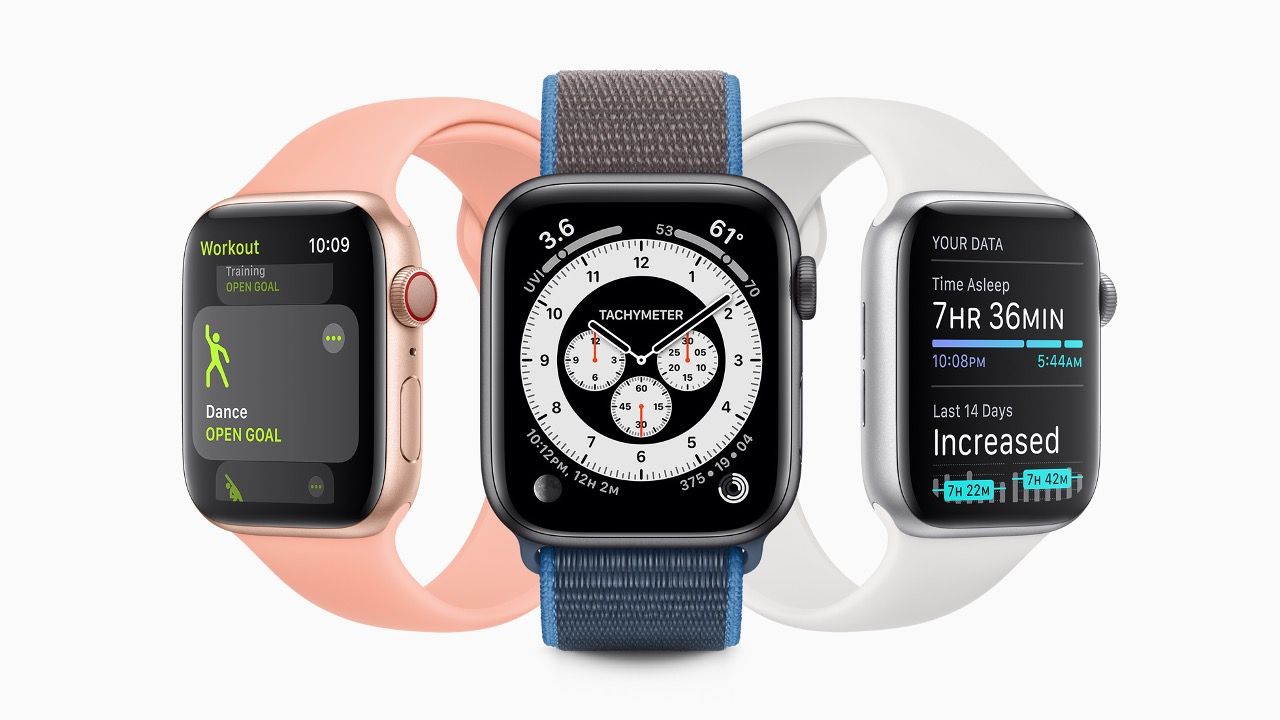 Apple, at its recently concluded WWDC 2020 event announced the iOS 14 and iPad OS 14, macOS Big Sur and confirmed its move to ARM-based processors for the Mac lineup. It also announced the new watchOS 7 for Apple Watch alongside tvOS 14 for Apple TV devices.

The watchOS 7 brings shareable watch faces, sleep tracking, hand-washing detection and more to the wearable OS for Apple smartwatches. The tvOS 14, on the other hand, brings in multi-user support for Apple Arcade games, 4K streaming on YouTube, HomeKit integration and more.

Apple has added new personalization tools, along with new health and fitness features with the watchOS 7 that will debut on Apple smartwatches later this year. The new update comes with sleep tracking, hand-washing detection, comprehensive workout modes and new hearing feature.

WatchOS 7 offers a new way to discover and share watch faces with your friends and family. These watch faces can be personalised with different activities or the user’s lifestyle, giving each smartwatch it’s own unique look. The developers of these watch faces can also now add more than one complication on a single face.

The new update also brings in support for sleep tracking, allowing Apple Watch to monitor your sleep cycle and provide you with actionable data. The Watch captures sleep data by detecting micro-movements from the accelerometer sensor and provides the wearer with data visuals from their last night’s sleep along with a chart depicting the weekly sleep trend.

There’s a new Wind Down mode that creates a custom routine for the user before they go to bed every night. This can include a specific personalisation tweak, soothing sound playback or using a meditation app. The new Sleep Mode is essentially a watchOS 7 version of do not disturb mode and darkens the screen till morning.

Apple Watch will also offer silent haptic alarms and pleasant sounds for helping users wake up. With the new update, Apple Watch offers hand-washing detection that uses motion sensors and microphones to detect hand-wash motions and sound of water flowing. This triggers a 20-second countdown timer which is the recommended duration for washing the hands, helping users wash their hands conveniently.

The watchOS 7 brings four new workout modes including Core Training, Dance, Functional Strength Training and Cooldown. These new workout types were tested with four most popular dance styles-- Bollywood, cardio dance, hip-hop and Latin and were found to be pretty effective. The Apple Watch makes use of the data set from the heart rate sensor, accelerometer and gyroscope to measure and monitor the workout mode.

The Activity app has been redesigned and is now called Fitness. It provides a summary of your daily activities including workout sessions, trends along with a sharing tab for activity sharing, awards and more.

Apple Watch now supports hearing health which will let users know how their listening habits can impact their hearing over a period of time. The watchOS 7 will notify users when they are over their weekly listening limit and will automatically turn down the volume to protect the hearing. This is based on the World Health Organization (WHO) recommendations that states that a person can be exposed to 80 decibels for 40 hours per week without any impact on their hearing.

Some of the other features in the upcoming watchOS 7 update includes support for cycling directions on Maps, translate languages with Siri, new complications for the remote camera, sleep and app shortcuts.

Apple watchOS 7 will be available later in the year on Apple Watch Series 3, Series 4, Series 5 with iPhone 6s and above running iOS 14 or later.

With the HomeKit integration, users can natively watch camera feeds directly on the Apple TV. The tvOS 14 also comes with picture-in-picture mode and will send alerts to the TV in case there is a visitor. The Home View screen also lets you see different screens and select your favourite scenes and cameras for instant viewing.

The tvOS 14 also features support for Xbox Elite 2, Xbox Adaptive controls and multiple users for Apple Arcade games. Users can also resume their games on Apple TV seamlessly after leaving it from the iPhone or iPad. AirPlay functionality is also updated with support for full-quality 4K videos from iPad and iPhones.

Apple also revealed its plans of making Apple TV+ available on more televisions such as those from Sony, in addition to LG and Samsung.