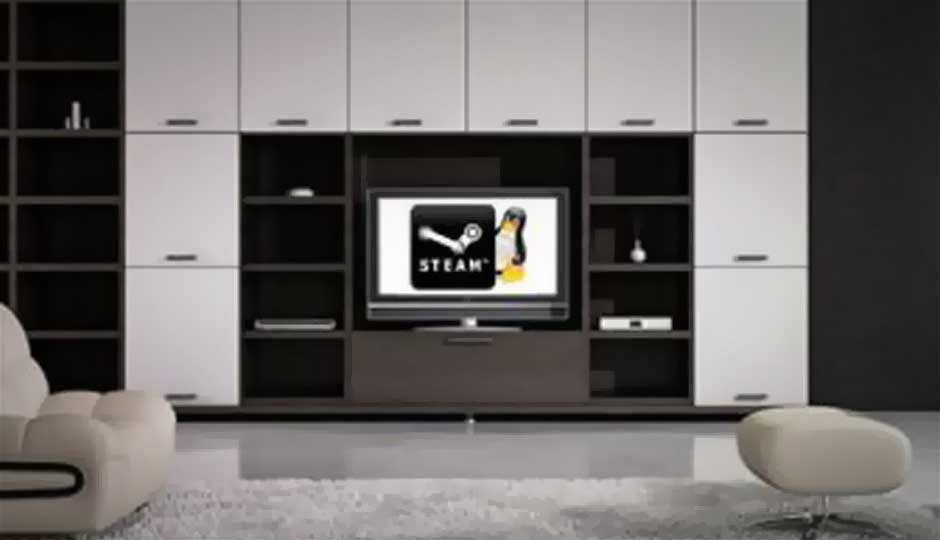 Valve confirms Steam Box coming in 2013, says it will compete with next-gen consoles

Hot on the heels of the surprisingly-well-received Big Picture mode, Valve has confirmed that it will release a “Steam Box” video game console sometime in 2013.

Hot on the heels of the surprisingly-well-received Big Picture mode, Valve has confirmed that it will release a “Steam Box” video game console sometime in 2013.

Speaking to Kotaku at the 2012 Video Game Awards this weekend, Gabe Newell confirmed that Valve is working on a living room-friendly PC that runs Steam. Newell says that reception for Steam’s new, TV-oriented Big Picture mode has been “stronger than expected,” and the company will now work to get Steam for Linux out of beta.

Beyond that, Gaben only gave us one other tidbit about the Steam Box, stating that “our hardware will be a very controlled environment.” In other words, the Steam Box will be a console, rather than some kind of PC that you can upgrade. Curiously, Newell also said that he expects other companies to sell living room PCs that will compete with next-gen consoles from Microsoft, Sony, and Nintendo. We’re not entirely sure why 2013 is the year that living room PCs will suddenly compete with game consoles, but do let us know in the comments if you have a theory.

Valve in general, and Gaben in particular, seem to be on some kind of heroic mission to bring Steam to the mass market. Newell was one of the first critics of Windows 8, calling it “a catastrophe for everyone in the PC space.” It’s impossible to say for certain, but it certainly seems that Steam for Linux’s graduation from weekend project to full-blown endeavor neatly matches up with Gabe’s distaste for Windows 8. As far as we can tell, though, this hatred doesn’t stem from the Metro interface; rather, Valve sees the Windows 8 Store as a direct threat to Steam. In much the same way that Microsoft squashed other web browsers with its monopolistic backside, Valve is worried that the Windows Store will snuff out third-party digital distribution platforms.

What isn’t clear, though, is how the Steam Box will actually combat the Windows Store. With Valve’s focus on Steam for Linux, the current assumption is that the Steam Box will run Linux — but then the console won’t be able to play more than a few dozen games. Valve is also working on a Linux port of its Source game engine, which will certainly help matters, but that isn’t going to suddenly make Skyrim or Mass Effect compatible with Linux.

The other option, of course, is that the Steam Box will run Windows 7. This would drive the cost of the console up, but it would mean that you could immediately play Assassin’s Creed III on your TV, with your Valve gamepad.

Ultimately, though, the elephant in the room is the hardware itself. Newell very clearly tells Kotaku that the Steam Box will be a PC, rather than a custom piece of console hardware (such as the Xbox 360 or PS3). In all likelihood, this means the Steam Box will probably just be a small form factor (SFF) x86 PC — and as we know, high-powered SFFs are not cheap ($600 ). By pitching it as a living room PC with more capabilities than a conventional video game console, Valve has some leeway on the pricing — but not that much.

Though, having said that, if it looks like a Companion Cube, I’d pay almost anything for a Steam Box.

Update: The wording in the original Kotaku story is rather vague. It seems to indicate that the Steam Box is coming in 2013, but Newell might instead be referring to other living room PCs. Either way, with next-gen consoles due at the end of 2013, it would make sense if the Steam Box has a similar launch window.