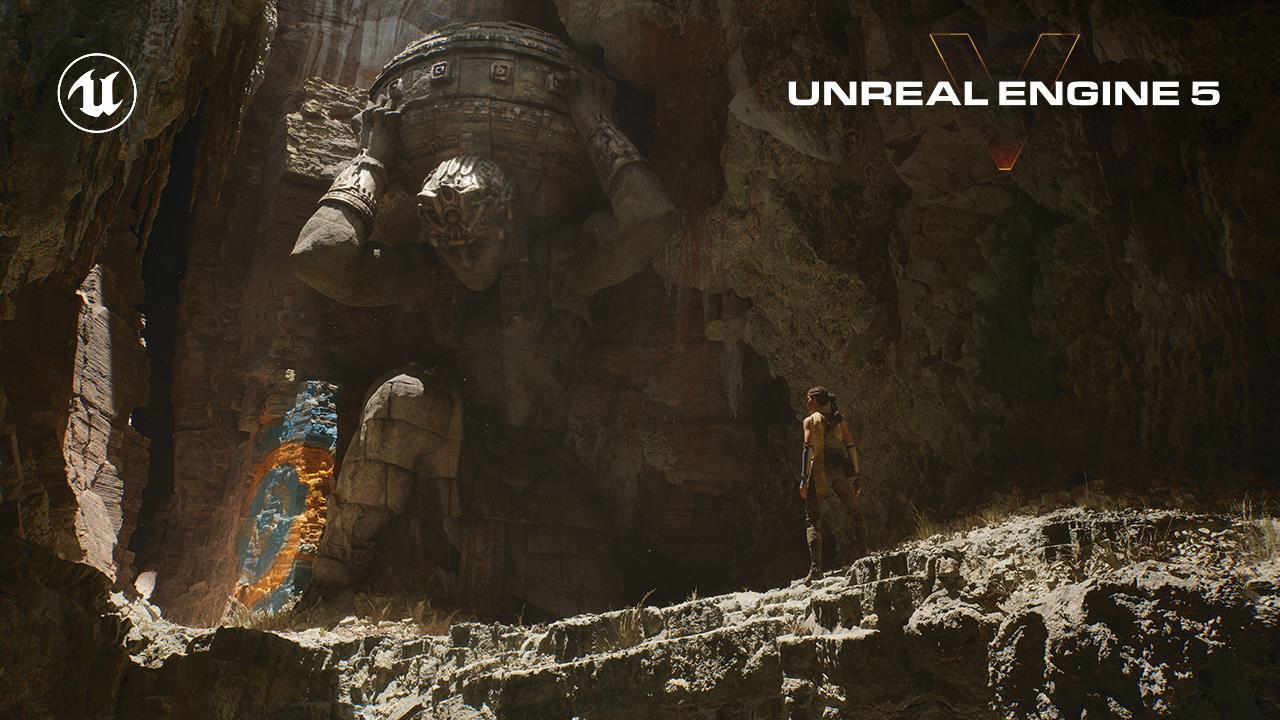 This is the Unreal Engine 5 running on a PlayStation 5

Epic Games today announced a first look at Unreal Engine 5. The reveal was introduced with “Lumen in the Land of Nanite,” a real-time demo running live on PlayStation 5.A game may run on a console, PC or even the smartphone that sits snug in your pocket.

A game may run on a console, PC, or even the smartphone that sits snug in your pocket. However, at the heart of every game is the engine that ensures the perfect harmony between hardware and software, giving you a smooth gaming experience. A lot of you may be aware of the Unreal Engine that has powered games for decades. In the current console generation, we have seen open-world games like Batman: Arkham Knight and Days Gone, fighting games like Mortal Kombat, Injustice, and even action games like Gears 5 running on the Unreal Engine. From detailed character models to fluid animations and even visually stunning environments, we have seen games look phenomenal on the current console generation, especially if you are playing them on a PS4 Pro or Xbox One X.

With the PS5 and Xbox Series X set to launch towards the end of 2020, it's time for a new engine to exploit the hardware. We already know about Unreal Engine 4.25 and you can check out its details here. What we have for you today is the Unreal Engine 5 running on the PlayStation 5. This is the first time we are seeing anything running on the next-gen hardware from Sony. Unreal Engine 5 was introduced with “Lumen in the Land of Nanite,” a real-time demo running live on PlayStation 5. Let's take a look at some of the features touted in this new engine.

According to Epic, one of its goals in this next generation is to achieve photorealism on par with movie CG and real-life and put it within practical reach of development teams of all sizes. We already know the specifications of the PS5 and Xbox Series X and you can read them in detail here. But it's safe to say that with the AMD Zen 2 architecture, RDNA 2 GPU, hardware-accelerated Ray-Tracing and SSD storage, getting games to look like a CG movie on the next-gen consoles shouldn’t be too tough, especially since Epic promises to provide the tools with Unreal Engine 5. Before we get into the details of the engine, take a look at its capabilities in the video below.

The above video highlights two of the new core technologies that will debut in Unreal Engine 5 - Nanite and Lumen.

According to the Epic, “Nanite virtualized micropolygon geometry frees artists to create as much geometric detail as the eye can see. Nanite virtualized geometry means that film-quality source art comprising hundreds of millions or billions of polygons can be imported directly into Unreal Engine”. One of the downsides to current-gen games is limited geometry in the distance which is drawn in while you approach it. This is a problem and can take a player out of the immersion. Put simply, Unreal Engine 5 aims to not only address this problem but also go a step further by ensuring the details are lush and gamers get true-to-life CG environments. We can’t wait to see a game running in Unreal Engine 5.

The next core technology is Lumen. According to Epic, “Lumen is a fully dynamic global Illumination solution that immediately reacts to scene and light changes. The system renders diffuse interreflection with infinite bounces and indirect specular reflections in huge, detailed environments, at scales ranging from kilometres to millimetres. Artists and designers can create more dynamic scenes using Lumen, for example, changing the sun angle for the time of day, turning on a flashlight, or blowing a hole in the ceiling, and indirect lighting will adapt accordingly. Lumen erases the need to wait for lightmap bakes to finish and to author lightmap UVs—a huge time saver when an artist can move a light inside the Unreal Editor and lighting looks the same as when the game is run on consoles.” This means we will see better and more realistic lighting in games that will run on the Unreal Engine 5.

Epic also says that they have planned ahead for forwards compatibility, so game developers can get started with next-gen development now in UE4 and move projects to UE5 when ready.

Epic will also release Fortnite, built with UE4, on next-gen consoles at launch and migrate the game to UE5 in mid-2021.